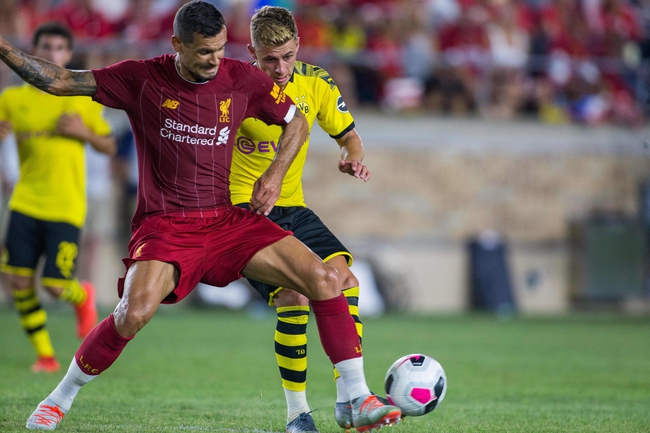 Watford F.C. and Liverpool F.C. face off in a Premier League showdown Saturday at Vicarage Road. Kickoff is scheduled for 12:30 PM Eastern time.

Watford. F.C. currently sits with 24 points which puts them in 19th place in the standings, and in the relegation zone. Watford’s best chance in this game might be to try and play to a draw, because pulling off the upset is going to be a tall task.

Watford has lost three of the last four games, with the only other game during that stretch ending in a draw.

In Watford’s last game they had an almost impossible task against Manchester United. Watford did hold their own during the first half of the game, but after allowing a penalty in the 42 second minute, and it opened up the floodgates.

Watford allowed 21 shots during that game, while their offense could only put seven shots, and two on goal.

If they want any chance, Watford needs to get the first goal because if they don’t the floodgates could open up again.

Liverpool F.C. is having one of the best seasons in Premier League history and although it’s not officially wrapped up, no one is catching them unless Liverpool decides to just stop playing soccer.

Liverpool doesn’t always play the prettiest game, but they still haven’t lost a game in the Premier League yet this year. In Liverpool’s last game against West Ham they were tested, falling behind early, but they continued to put the pressure on them and that led to a 3-2 victory.

Mohamed Salah. Sadio Mane, and Georginio Wijnaldum were the three-goal scorers for Liverpool against West Ham.

Liverpool is an elite offensive team, and getting the first goal should be enough to send this squad on their way to a win.

This is a bigger number to lay, but this is still a really strong play. Liverpool is an elite offensive team and they should have no issue putting a couple of balls in the back of the net. Look for Liverpool to win this game on the money line.