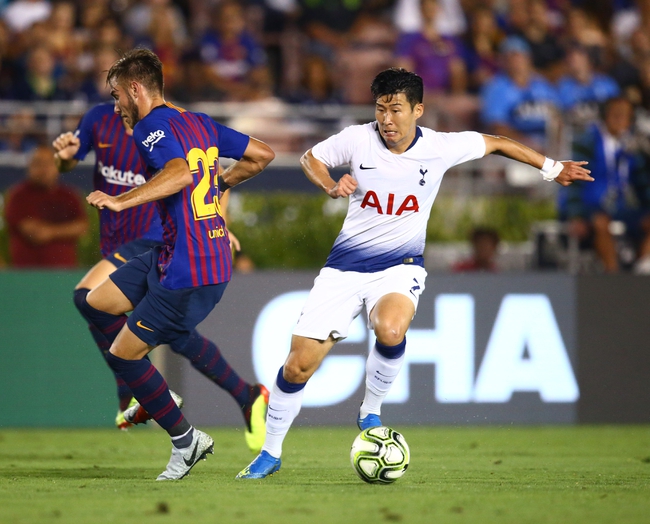 The Wolves currently sit with 39 points which is good enough for eighth place in the standings. A win in this game would catapult the Wolves up the standings, so this is an ultra-important game.

The Wolves have used the same strategy since getting back into the Premier League. Wolverhampton likes to try and get the first goal, and then go into a defensive shape to lock down.

The Wolves are coming off a loss on Thursday in the Europa League, but in their last game in the Premier League they were dominant knocking off Norwich City 3-0.

Wolverhampton was actually dominated in possession, but they had 19 shots and that led to a victory.

Tottenham Hotspur have 40 points so far this season which is good enough for sixth place in  the standings and one point ahead of the Wolves.

Tottenham has been up and down and even when they win games nothing has come easy. In Tottenham’s last game against Chelsea they struggled giving up two goals in the first 50 minutes, and the only goal they put in the back of the net was put their by a Chelsea player.

Against Chelsea, Tottenham actually had 51 percent of the possession, but they could only manage five shots.

Tottenham’s last win in the Premier League was two Sundays ago against Aston Villa, but even that game was tough. Aston Villa scored two goals, but Tottenham was able to score three and that led to a victory.Tottenham is banged up with Son Heung-Min and Harry Kane both out for this game.

Tottenham beat the Wolves 2-1 during the middle of December.

The Wolves want to go in a defensive shape but they aren’t going to be able to do that in this game. Look for Tottenham to get a goal early and that will force the Wolves to push. This game will end 3-1 which is over the posted total.