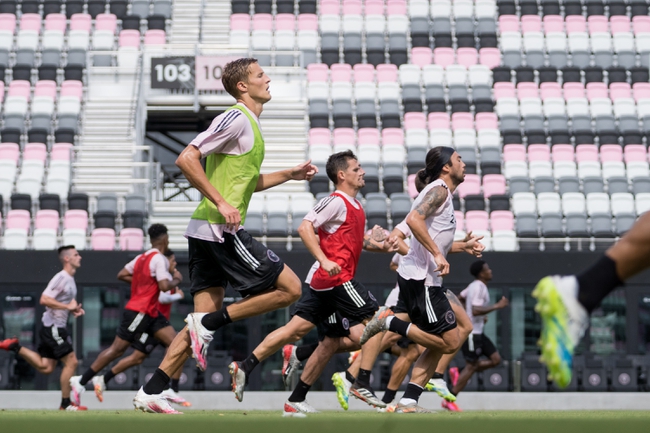 Orlando City SC and Inter Miami CF meet Wednesday night in the MLS is Back Tournament soccer action at the ESPN Wide World of Sports Complex.

Orlando City SC were 0-1-1 in their first two games this season and were coming off a loss to the Colorado Rapids. Orlando City SC struggled to get their offense going in those two games and produced just seven shots on target. The good news for Orlando City SC is that this tournament is pretty much a home event for this club, so they should b rather comfortable in this setting. Chris Mueller leads Orlando City SC with one goal, Andrés Perea has one assist and Jhegson Sebastián Méndez has five shots. Defensively, Pedro Gallese has produced four saves on six shots faced and has pitched one shutout.

Inter Miami CF has played just two games in club history, and that resulted in losses to the Los Angeles Football Club and DC United, both road games. Inter Miami CF entered its first season with reasonable expectations and despite the losses, this is a club that held its own on the road against stiff competition. Inter Miami CF just has to find its rhythm offensively and find the back of the net on 12 produced shots on target. Rodolfo Pizarro leads Inter Miami CF with one goal, Robbie Robinson has one assist and Lewis Morgan has two shots on goal. Defensively, Luis Robles has allowed three goals on nine shot attempts.

This will be the first match ever between these two clubs.

This is a tournament that's going to take some time to figure out, as it's a weird situation for everybody being in a bubble and not having fans. This is also expected to become a heated rivalry between two Florida clubs that have rather high expectations. In terms of a pick, I'm going to side with the under. Both of these clubs have had issues finishing shots in their first two games and I'm sure we're going to see sluggish play early on due to a lack of reps over the last few months. It's tough to find a rhythm when you're not able to play consistent matches.

Give me the under 2.5 goals, as we start this tournament off with a defensive battle.