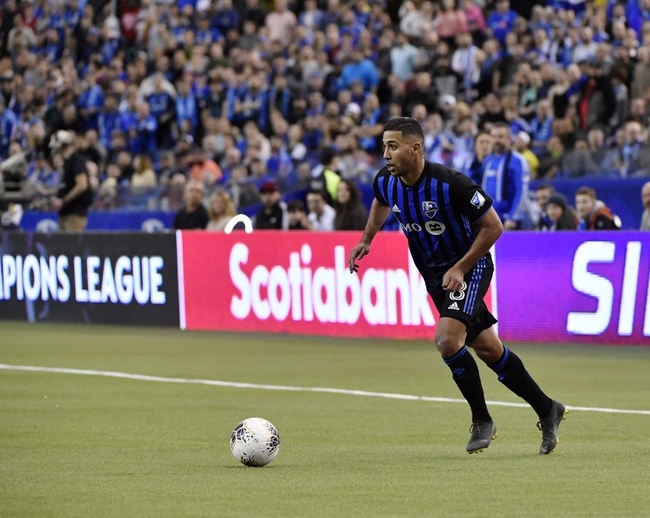 The Montreal Impact and the New England Revolution meet in MLS is Back tournament action from Orlando, Florida on Thursday night.

The Montreal Impact will try to carry over a solid showing in their first couple of games with a 1-1-0 record after earning a 2-1 win over the Revs on February 29th and followed that up with a 2-2 draw against FC Dallas on March 7th, sporting head coach Thierry Henry four points out of a possible six to start his tenure as Montreal bench boss. Maxi Urruti has been the talisman for Montreal in the early going this season with 3 goals while Montreal has 13 goal attempts and 5 shots on target through their first two games of the season entering the tournament.

The New England Revolution on the other hand, were sitting at 0-1-1 at the time of the league’s postponement due to the COVID-19 pandemic, starting with the 2-1 defeat to Montreal and earning a 1-1 road draw against the Chicago Fire. Even with the disappointing start, the Revolution were showing signs of improvement under new head coach Bruce Arena, and New England has a talented group led by Teal Bunbury, Carles Gil and Gustavo Bou. Bunbury and Adam Buksa each have one goal for the Revs so far this season while New England has 24 shot attempts and 11 shots on target this season.

A lot of these lines in the first round of group stage games are going to be hard to get through as you don’t really know who the break had a major impact on (no pun intended). However, it also leaves the door open for opportunities like these with tons of value. Montreal’s already beaten New England this season and while that game was at home, Montreal still has Maxi Urruti and a strong supporting cast that can make life difficult for New England. The Revs are solid in their own right and I expect them to continue growing under Bruce Arena, but in the end there’s just too much value for me to pass on with Montreal here.