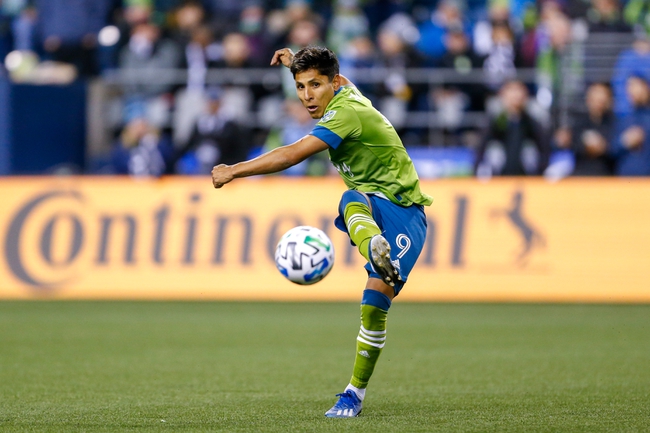 The Seattle Sounders and the San Jose Earthquakes meet in an MLS is Back tournament group stage game from Orlando, Florida on Friday night.

The Seattle Sounders pick up their title defense where they left offafter sitting with a 1-1-0 record through their first two games, starting the year with a 2-1 win over the Chicago Fire in their opener after a second-half brace from Jordan Morris saved the Sounders from a goal down, and followed that up with a 1-1 draw against the Columbus Crew in their next match. Morris’ two goals from the matchup with Chicago give him the team lead in scoring while Raul Ruidiaz has a goal this season. The Sounders have had 24 attempts at goal with 9 shots on target this season.

The San Jose Earthquakes will try to make some noise in the tournament to take another step forward under head coach Matias Almeyda after barely missing the playoffs last season. San Jose stared the year with a record of 0-1-1, earning a last-minute 2-2 draw with Toronto FC in their opening matchup before being handed a 5-2 beatdown loss to Minnesota United in their last match before the MLS was halted due to the COVID-19 pandemic. Valeri Qazashvili, Andres Rios, Oswaldo Alanis and Magnus Eriksson each have a goal for San Jose this season with the Quakes managing 23 shot attempts with 11 shots on target this season.

I get why the plus money with the Earthquakes would be worth a look as it may take some time for both teams to get into full game shape and San Jose could catch the Sounders off guard here. However, Seattle’s the better team here, and the break has given time for Nicolas Lodeiro, one of Seattle’s best players, time to get healthy and he should be fully ready to go here. The Sounders also haven’t lost to San Jose since September 2015, so just based off of history, Seattle and the slight plus money seems like the best bet for me in this group stage contest.