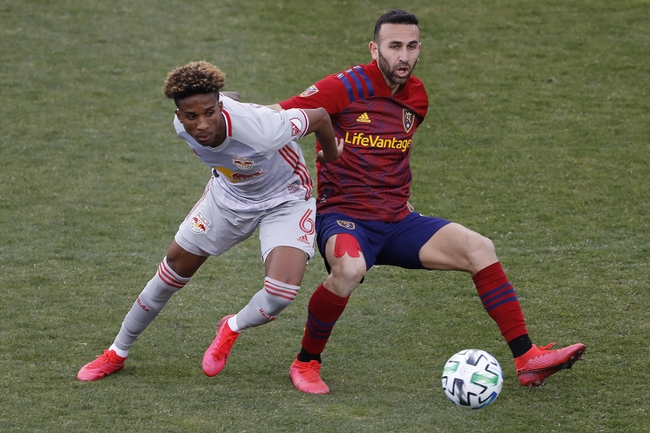 Atlanta United and New York Red Bulls meet Saturday night in the MLS is Back Tournament soccer action at the ESPN Wide World of Sports Complex.

Atlanta United was off to a strong start this season with 2-1 victories over Nashville SC and FC Cincinnati. Atlanta United was in control of its matches and got quality shots with two playmakers who were able to find the back of the net. Atlanta United didn’t look good in its most recent match in the CCL, but there’s no denying this was one of the stronger clubs in a small sample size of the season and the offensive firepower was real. Ezequiel Barco leads Atlanta United with two goals, Pity Martinez has two assists and Emerson Hyndman has two shots on goal. Defensively, Brad Guzan has allowed two goals on eight shots faced.

New York Red Bulls had a 3-2 victory over FC Cincinnati and a 1-1 draw against Real Salt Lake. New York Red Bulls survived a strong test in its season opener and proved to be solid defensively on the road in its last MLS contest. New York Red Bulls have scored at least one goal in five of their last seven regular season MLS matches. Kyle Duncan leads New York Red Bulls with one goal, Florian Valot has two assists and Alejandro Romero Gamarra has two shots on goal. Defensively, David Jensen has allowed three goals on 10 shots faced.

New York Red Bulls have had all the success in this series in the past, but I don't think it's out of bounds to say the Atlanta United are the better team right now and were easily one of the more impressive teams before the break. Atlanta United is so crisp offensively and has multiple players who can find the back of the net.

I'm high on Atlanta United and what we've seen up to this point. I'll lay the reasonable price.