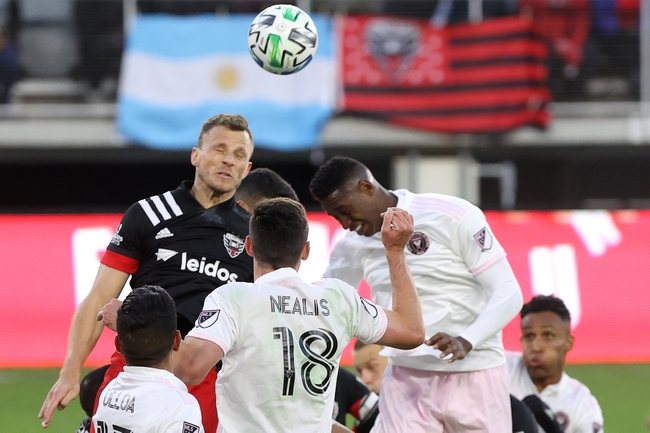 Toronto FC and DC United meet Sunday morning in the MLS is Back Tournament soccer action at the ESPN Wide World of Sports Complex.

Toronto FC went 1-0-1 in its first two matches, beating New York City FC and settling for a 2-2 daw against the San Jose Earthquakes. Toronto FC should like its chances even more in this tournament given that Michael Bradley is now fully recovered from an ankle injury, as he missed the first two games. Toronto FC produced positive results in 12 straight MLS regular season matches, not losing a match since August 3 of last year. Richie Laryea leads Toronto FC with one goal, Jozy Altidore has four shots on goal and Alejandro Pozuelo has three shots on goal. Defensively, Quentin Westberg allowed two goals on eight shots faced.

DC United lost its season open in a 2-1 loss to the Colorado Rapids, but they managed to bounce back with a 2-1 victory of their own over Inter Miami CF. DC United has to be better defensively if this is going to be a successful tournament, as they allowed a lot of quality shots in their first two matches and could have easily been on the losing side in both meetings. DC United has scored at least one goal in eight of its last 10 regular season MLS matches. Frederic Brillant leads DC United with goal goal, Julian Gressel has one assist and Ulises Segura has one shot on goal. Defensively, Bill Hamid allowed three goals on 12 shots faced.

Toronto FC is the better team in this matchup and has to be thrilled to be healthy again with the return of Bradley. DC United didn't have nearly the same expectations that Toronto had entering the season and the questionable defense raises even more question marks. History suggests this being a draw based on past meetings, but Toronto can't afford not to come away with max points in a winnable game to better their chances moving forward in the tournament. Toronto FC should look to get this game out of the way early.

I'll lay the reasonable price with a Toronto victory.