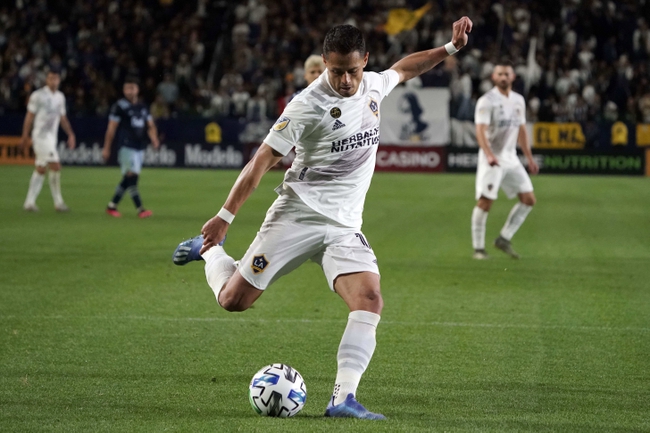 The Los Angeles Galaxy and the Portland Timbers meet in soccer action as part of the MLS is Back tournament from Orlando, Florida on Monday night.

The Los Angeles Galaxy will be looking to start the tournament on a high note after going into the league-mandated break with a record of 0-1-1, starting the season with a 1-1 draw against the Houston Dynamo on the road before a 1-0 loss at the Vancouver Whitecaps to drop five of a possible six points right out of the gate. The Galaxy will need more involvement from Javier “Chicharito” Hernandez, who had issues getting involved with his new squad out of the gate, failing to score. Cristian Pavon leads the Galaxy with their lone goal this season while as a team, the Galaxy have had 17 attempts at goal with 5 shots on target.

The Portland Timbers on the other hand at least got into the win column, sitting at 1-0-1 after opening their season with a 3-1 loss at home to Minnesota United before grinding out a hard-fought 1-0 victory over expansion side Nashville SC. It will be interesting to see if Diego Valeri keeps up his form after boasting the rights to both of Portland’s goals so far this season. As a team, Portland has 13 attempts at goal with 5 shots on target so far this season.

Portland is a veteran side that has a ton of experience outside of just Diego Valeri, and I don’t need to go into detail about how goo d the Galaxy usually are year after year. With that said, heading into Sunday’s action, only the opening game has seen both teams score and while both teams scoring here seems like a possibility, given the break and what we’ve seen in the tournament up until Sunday’s action, I think there’s value with taking both teams to score – no in this game.