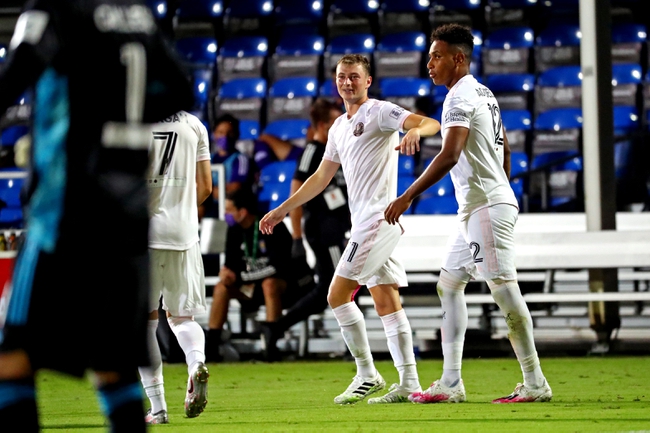 Philadelphia Union and Inter Miami CF meet Tuesday night in the MLS is Back Tournament soccer action at the ESPN Wide World of Sports Complex.

Inter Miami CF has now lost all three of its MLS matches and the most recent loss to Orlando City SC is probably the most disappointing. Inter Miami CF opened the game up with a 1-0 lead after a Juan Agudelo goal but then allowed two late goals, including one in extra time to blow a chance at points. In the losing effort, Inter Miami CF controlled possession for 41.9 percent of the match and got just one shot on target. Inter Miami CF has shown solid defensive effort through three games, but finding a way to not at least force a draw in its last effort has to be frustrating to this new club. Juan Agudelo leads Inter Miami CF with one goal, Robbie Robinson has one assist and Rodolfo Pizarro has three shots on goal. Defensively, Luis Robles has allowed five goals on 15 shots faced.

Inter Miami CF is still a new club that's learning to play together and has relied on its defense to keep these games close while the offense lags behind. Philadelphia Union sat on a one goal lead in its opener and has showed the ability to make it tough for opponents to find quality looks. The unders have had a lot of success early in this tournament and based on the defensive efforts of both teams, we should expect another low scoring game late night in Orlando.