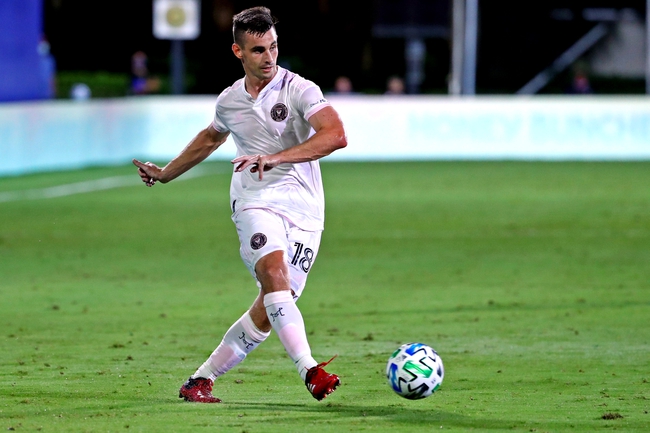 Philadelphia Union and Inter Miami square off in group stage action as part of the MLS is Back tournament from Orlando, Florida on Tuesday night.

Philadelphia Union enter this match tied atop group A after a  1-0 win over New York City FC in their opening group stage contest. In the win over NYCFC, the first half only saw a pair of bookings that both went Philadelphia’s way. The second half on the other hand, finally saw a breakthrough as Alejandro Bedoya put Philadelphia in front in the 63rd minute. New York City would have the bulk of the possession with 62% possession and 5 shots on target, but in the end the Union would be able to hold on and kick off their tournament with a win. Brendan Aaronson, Jakob Glesnes and Sergio Santos join Bedoya as the Union players with one goal while Santos and Jamiro Monteiro each have an assist as well. Andre Blake is Philadelphia’s top goalkeeper, conceding 1.33 goals per 90 minutes with one clean sheet in three league appearances this season.

Inter Miami will still be looking for their first win after a disappointing 2-1 loss to Orlando City last time out. In the loss to Orlando City, neither side would open the scoring in the first 45, with both sides getting a yellow card. Miami took the lead in the 47th minute thanks to Juan Agudelo, but a scary injury to Andres Reyes in the 58th minute would eat up over 10 minutes of time as he needed to be stretchered off. Orlando would tie the game at one in the 70th minute and would take the lead in the seventh minute of stoppage time, sending Miami back without a result for their third consecutive game. Roberto Pizaaro is tied for the team lead in scoring with Agudelo this season with each having a goal while Lewis Morgan boasting an assist for Inter Miami this year. Luis Robles is Miami’s top goalkeeper, conceding 1.33 goals per 90 minutes this season.

This is a hard one to call as Inter Miami looked good for much of the game against Orlando, and if it weren’t for an unfortunate injury, the stoppage time winner for Orlando may not have come the way that it did. On the other side, Philly’s win over NYCFC was impressive, but it was the first sign of life we’ve seen from the Union all season long, so who knows if they can sustain it. Instead, I’m going to package the over 2.5 with both teams to score. I think either way you slice it we have a 2-1 game here as Miami is going to be one of the more competitive expansion teams in recent memory, and Philadelphia has some attacking power in their own right.