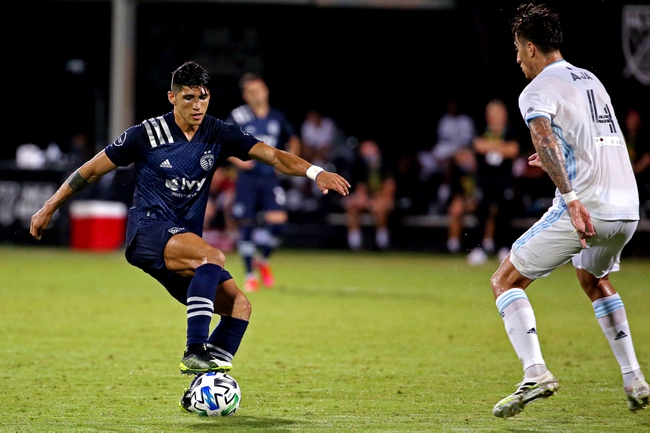 Sporting Kansas City and the Colorado Rapids meet in a group stage soccer matchup as part of the MLS is Back tournament from Orlando, Florida on Friday night.

Colorado Rapids on the other hand, enter this one after succumbing to a 2-0 defeat at the hands of Real Salt Lake in their tournament opening match. In the loss to Real Salt Lake, Colorado fell behind in the 27th minute and the lead would hold into the half as Colorado would be unable to muster up a shot on goal in the opening 45 minutes. Colorado would come alive in the second half with 63% possession and 4 shots on target, dodging a bullet in the 72nd minute when RSL missed from the penalty spot, but the Rapids’ luck would run out four minutes later as Real Salt Lake ended up taking a 2-0 lead that they’d ride to the finish line as Colorado just did not have an answer over the course of the second half.

I think a case could be made for either side, as both game into the tournament at 2-0-0, and while KC is probably the better team side-by-side, a collapsing loss like the one against Minnesota isn’t one you just come back from right away. With that said, one thing’s been common between these two sides for the most part in the early going, and that’s goals. KC has had a total of 11 goals across their first three games of the season while Colorado’s had 8 through three games. I wouldn’t be surprised to see a 2-1 game at the very least, so I’ll side with the over 3 goals here.