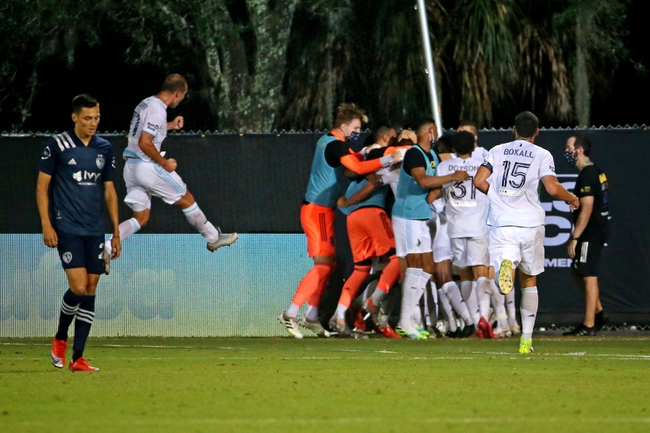 Real Salt Lake and Minnesota United meet Friday afternoon in the MLS is Back Tournament soccer action at the ESPN Wide World of Sports Complex.

Real Salt Lake are coming off a 2-0 victory over the Colorado Rapids and have produced positive results in each of their last three games. In the latest effort, Real Salt Lake controlled possession for 46.8 percent of the match while getting six shots on target. It was Albert Rusnák and Damir Kreilach who ended up finding the back of the net and sealing the victory. Real Salt Lake has allowed just one goal in its last three matches overall. Damir Kreilach leads Real Salt Lake with two goals, Corey Baird has one assist and Albert Rusnak has two shots on goal. Defensively, Zac MacMath has allowed one goal on eight shots faced.

Minnesota United are coming off a 2-1 win over Sporting Kansas City and have now won each of their last three meetings overall. In the victory, Minnesota United controlled the ball for only 37.7 percent of the match and won the game on a late goal from Kevin Molino. Minnesota United has scored a combined 10 goals in its last three matches and is a serious threat if it continues to get the quality looks it’s gotten up to this point. Kevin Molino leads Minnesota United with three goals, Jan Gregus has two assists and Luis Amarilla has three shots on goal. Defensively, Tyler Miller has allowed four goals on 12 shots faced.

These are two teams that have done nothing but impress in the small sample size of what's been the MLS season this year, so you can make a case for either side. With that said, you have to be slightly more impressed by what the Minnesota United have done, a team that's proven to be deadly on the offensive end and knows how to finish the attack. Minnesota United has also had its way Real Salt Lake in the last five meetings, while getting after it defensively.

I'll take Minnesota United and the plus money in this spot.