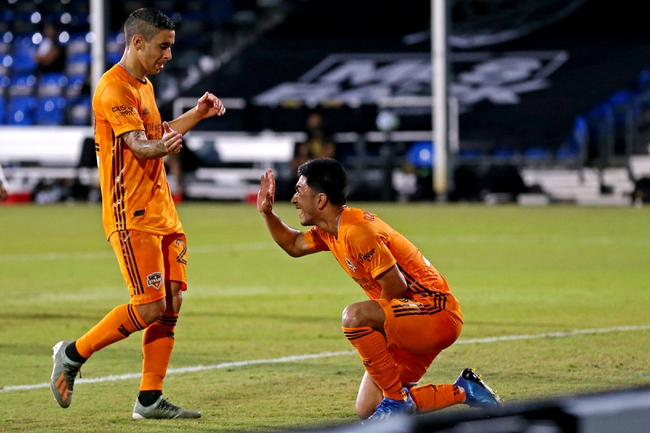 Portland Timbers and Houston Dynamo meet Saturday night in the MLS is Back Tournament soccer action at the ESPN Wide World of Sports Complex.

Portland Timbers have now won their last two games and are coming off a solid 2-1 victory over the LA Galaxy where they scored twice within seven minutes to take complete control of the match. Portland Timbers controlled possession for 48.3 percent of the match and managed to get six shots on target. It was Jeremy Ebobisse and Sebastián Blanco who ended up finding the back of the net for Portland Timbers. It’s the defensive effort that’s improved most for the Portland Timbers, as this club was allowing goals left and right in the preseason. Diego Valeri leads Portland Timbers with two goals, Andy Polo has one assist and Jeremy Ebobisse has two shots on goal. Defensively, Steve Clark has allowed four goals on 12 shots faced.

Houston Dynamo came away with a 3-3 draw against LAFC, but the fact this club had a 3-1 lead heading into halftime has to be a bit disappointing. Houston Dynamo scored three goals despite controlling possession for just 28.5 percent of the match and getting nine total shots off. Memo Rodriguez scored twice for Houston while Alberth Elis found the back of the net as well. The result is better than most thought it would be, but the Houston Dynamo have to feel they should have sealed the victory. Memo Rodriguez leads Houston Dynamo with two goals, Darwin Quintero has two assists and Alberth Elis has two shots on goal. Defensively, Marko Maric has allowed eight goals on 17 shots faced.

Both of these tams looked sharp to start the tournament, but it's the Houston Dynamo who had more bright spots against better competition and the fact they didn't come out with a victory should provide a chip on their shoulder for this contest. I expect a motivated Houston club that's eager to right a wrong and come away with three points this time. The Portland Timbers are a little too hit or miss for my taste and we know that shaky defense is always around the corner.

I'll take a shot with the Houston Dynamo and the big plus money.