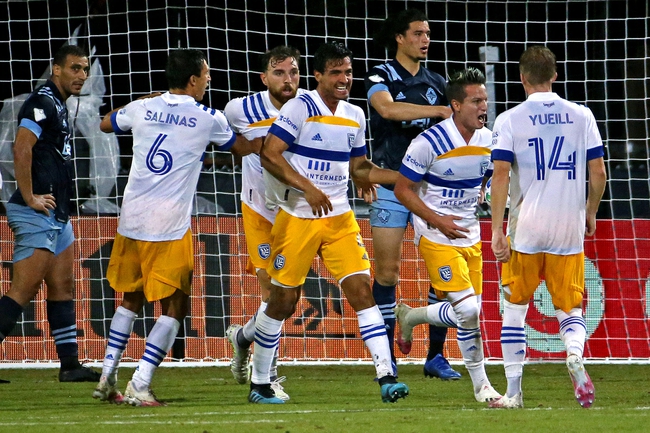 Chicago Fire and San Jose Earthquakes meet Sunday night in the MLS is Back Tournament soccer action at the ESPN Wide World of Sports Complex.

Chicago Fire are coming off a solid 2-1 victory over the Seattle Sounders in their opening match of the tournament. Robert Beric set the tone for the first goal of the match and Mauricio Pineda sealed the victory with a goal in the 84th minute. In the victory, Chicago Fire controlled possession for just 39.3 percent of the match and limited just one shot on target. Chicago Fire have allowed one or less goals in four of their last five matches overall. Robert Beric leads the Chicago Fire with two goals, Djordje Mihailovic has two assists and Przemyslaw Frankowski has four shots on goal. Defensively, Kenneth Kronholm has allowed four goals on 12 shots faced.

The San Jose Earthquakes are a potential scary team after the way they beat Vancouver, as that type of late victory does wonders for the confidence and convinces guys they're never out of a game. The issue is that San Jose needed to score three late goals just to win and their defense has been an issue for a while now. Chicago Fire are the more balanced club here, and you think they can kind of slow the game down, play defense and squeeze out an important victory. I have more confidence in Chicago than trusting the Earthquakes defense.

I'll take the Fire and the plus money for a big Group B victory.