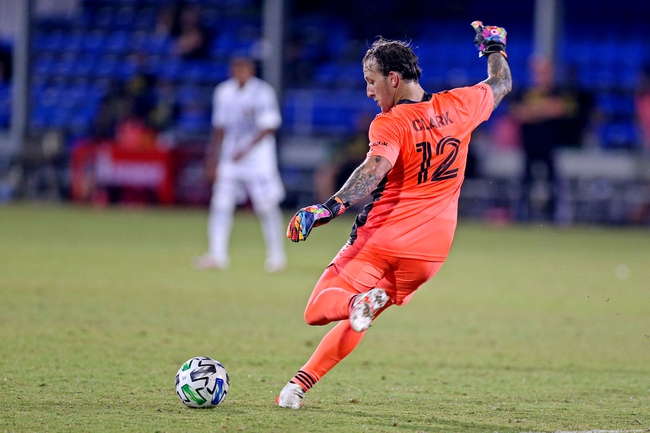 The Los Angeles Galaxy and LAFC meet in another installment of the “El Trafico” rivalry as part of the group stage in the MLS is back tournament on Saturday night.

The Los Angeles Galaxy come into this one having lost their opening group stage match by a final count of 2-1 against the Portland Timbers in their last match. In the loss to Portland, Chicharito had a chance to put the Galaxy in front in the 12th minute but he missed from the penalty spot, and the game would remain scoreless all through the first half. Portland broke the tie just before the hour mark and doubled their lead seven minutes after that. The Galaxy would have a second bad break in the 81st minute when VAR overturned their first goal of the game after a player was deemed to be in an offside position in the buildup to the goal. Chicharito would get the Galaxy on the board finally in the 88th minute, but it was too little too late as the Timbers held on for the win.

LAFC on the other hand, have at least a point to show for their troubles after a hard-fought 3-3 draw with Houston in their opening group stage match. Houston opened the scoring in the 9th minute but Bradley Wright-Phillips would tie the game at one for LAFC just ten minutes later. The Dynamo would re-take the lead in the 30th minute and would surge ahead 3-1 in the fifth minute of first-half stoppage time. Diego Rossi would pull a goal back for LAFC to make it 3-2 in the 63rd minute and Brian Rodriguez would net the equalizer just six minutes after that. LAFC forced the issue in the second half with 73% possession, outshooting Houston 13-4 in goal attempts and 5-0 in regards to shots on goal but the 3-3 score line would hold until the final whistle, splitting the points between the two sides.

I think you can throw records out the window in a rivalry game, especially this one where these two teams genuinely don’t like each other. With that said, one thing is for sure when these two teams meet, and that is that we are going to see some scoring. All six head-to-head matchups have seen both teams score and the two sides have combined for 33 goals in 6 matches, including 20 goals in the last three alone. I wouldn’t be surprised to see another high scoring affair here, so I’ll side with the over 3.5 goals as my best bet for this match.