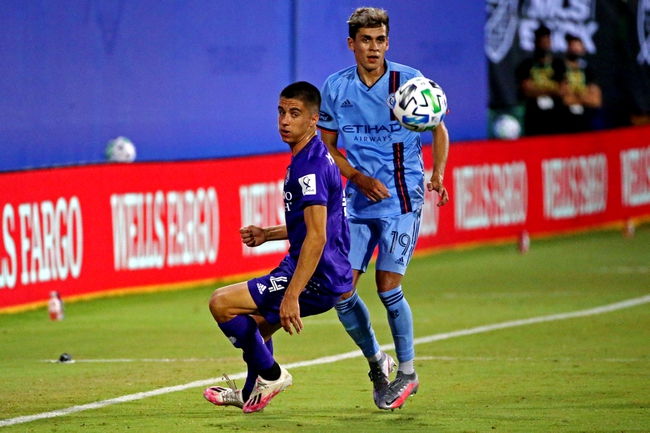 Inter Miami and NYCFC meet Monday morning in the MLS is Back Tournament soccer action at the ESPN Wide World of Sports Complex.

Inter Miami has losses to Orlando City and Philadelphia Union, and they’re now 0-4 in franchise history. Inter Miami is coming off a loss to the Union where they controlled the ball for 55.2 percent of the match and got four shots on target but couldn’t close the deal. Inter Miami has been held to one or less goals in all four of its matches. Inter Miami has been competitive in these games and gets after it defensively, but it’s clearly not enough against more proven clubs. Rodolfo Pizarro leads Inter Miami with two goals, Matias Pellegrini has two assists and Lewis Morgan has three shots on goal. Defensively, Luis Robles has allowed seven goals on 18 shots faced.

NYCFC is also 0-2 in the tournament after losses to the Union and Orlando City, and they’ve been outscored 4-1 in those contests. NYCFC is coming off a loss where they controlled the ball for 51.7 percent of the match and got seven of its 21 shot attempts on target. The aggressiveness was clearly there and not able to find the back of the net more often has to be getting frustrating for NYCFC. New York City FC has scored one combined goal in its last five matches overall. Jesus Medina leads NYCFC with one goal, Heber has one assist and Valentin Castellanos has seven shots on goal. Defensively, Sean Johnson has allowed six goals on 26 shots faced.

The under or a draw are probably the safest bets in this game, as neither of these clubs can find the back of the net and it's an issue that's dated back to the original regular season. New York City FC has scored one goal in its last five games and Miami has scored one or less goals in all four matches. With that said, Inter Miami has been the more competitive team up to this point, as it could have easily forced draws in both games but allowed a late goal to remove a chance at a positive result. NYCFC was able to push the pace in its last outing and still couldn't finish, so the confidence on that side is completely shot.

I'll take a shot with Inter Miami and the big plus money.