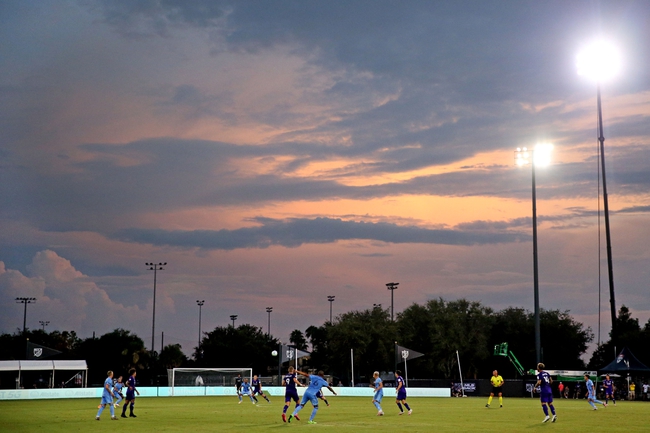 The Philadelphia Union and Orlando City meet in a group stage soccer match as part of the MLS is Back tournament on Monday night.

The Philadelphia Union brought their tournament mark to 2-0-0 with a 2-1 win over Inter Miami in their last match. In the win over Miami, Philadelphia opened the scoring in the 5th minute thanks to Kai Wagner. Inter Miami would pull a goal back in the 36th minute and the game would remained tied until after the hour mark where Kacper Przybylko restored the Union’s lead in the 63rd. Inter Miami would have 51% possession in the second half and hold the Union to two shots on goal and one shot on target, but the one shot found the back of the net and ended up beind the difference as the Union held on for the win.

Orlando City on the other hand will look to build off of a 3-1 win over NYCFC in their last match. In the win over New York City, Chris Mueller gave Orlando City the lead in the 4th minute and doubled the lead while completing his brace just six minutes later. NYCFC pulled a goal back in the 38th minute and the 2-1 lead held for much of the second half. New York City would outshoot Orlando 17-5 in terms of goal attempts with 4 shots on goal apiece, but in the end, Tesho Akindele added a 3rd goal to put the game out of reach and give Orlando City the win and the points that go along with it.

This should be a great game between two teams that have already punched their respective tickets to the knockout round. However, while Orlando City has performed well as the host, I just think that the Union are the better team side-by-side but the line suggests a close game regardless. Instead of trying to pick a side, I’m going to back the both teams to score option for this match. Both teams have been strong early on and the last four head-to-head have seen both teams score so I think a fifth straight meeting is on the cards here.

Chris’s Pick Both Teams To Score -160