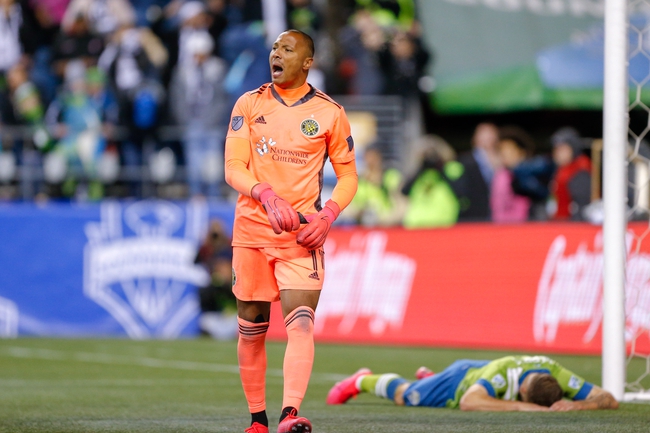 Atlanta United and Columbus Crew meet Tuesday night in the MLS is Back Tournament soccer action at the ESPN Wide World of Sports Complex.

Atlanta United has produced back-to-back 1-0 losses against the New York Red Bulls and FC Cincinnati, making them easily one of the more disappointing teams this tournament. In their last effort, Atlanta United controlled the ball for 47.1 percent of the match and got three shots on target but couldn’t find the back of the net. Atlanta United has now ben shutout in three straight games overall, which means they haven’t produced a goal since March 7. Ezequiel Barco leads Atlanta United with two goals, Pity Martinez has two assists and Emerson Hyndman has two shots on goal. Defensively, Brad Guzan has allowed four goals on 15 shots faced.

Columbus Crew has wins over FC Cincinnati and the New York Red Bulls, and they’ve won those games by a combined score of 6-0. Columbus Crew is coming off a match where they controlled the ball for 51.7 percent of the match and didn’t allow a single shot on target. Columbus Crew has allowed just three shots on target overall this tournament and has given up a combined one goal in their last four matches. Gyasi Zardes leads Columbus Crew with four goals, Lucas Zelarayan has two assists and Lucas Zelarayan has four shots on goal. Defensively, Eloy Room has allowed one goal on nine shots faced.

Columbus Crew and Atlanta United have split the last five meetings with a 2-2-1 record, but the Crew have won the last two meetings by a combined score of 5-1. Each of the last four meetings between United and Crew have produced at least two goals.

Columbus Crew has had little trouble with Atlanta United in recent meetings, and they're playing lightyears the better soccer in this tournament and can lockup Group E with a victory here. Atlanta United is obviously a much better team than what its shown through two games, but the struggles are real and you have to question their motivation at this point with no chance to advance. Atlanta United may simply be ready to go home at this point.

With teams heading in opposite directions, I'll take the plus money with Columbus Crew in another victory.