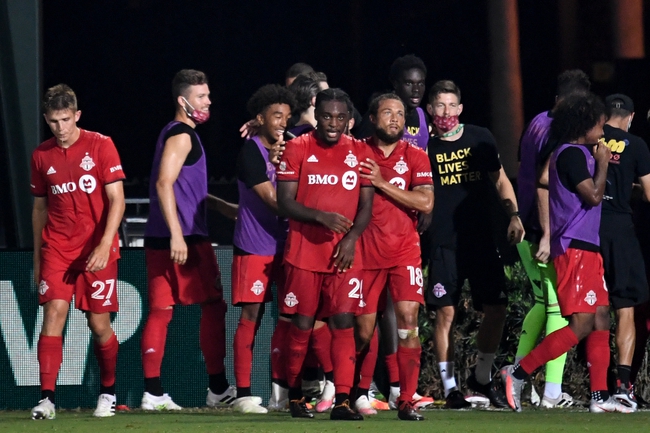 Toronto FC and New England Revolution meet Tuesday morning in the MLS is Back Tournament soccer action at the ESPN Wide World of Sports Complex.

Toronto FC have forced a draw against DC United and are coming off a 4-3 win over the Montreal Impact. Toronto FC just received a dominant performance from Ayo Akinola, a game in which they controlled the ball for 41.2 percent of the match and got six shots on target. Toronto FC has now score six goals in the first two matches of this tournament and has scored at least two goals in three of its last four matches overall. Ayo Akinola leads Toronto FC with five goals, Alejandro Pozuelo has five assists and Jozy Altidore has four shots on goal. Defensively, Quentin Westberg has allowed seven goals on 19 shots faced.

This is a massive game with the winner coming out of Group C and getting a better spot in the elimination rounds, so you should expect both sides looking to win and not exactly playing things safe. Th difference for me is the offensive firepower we're seeing from Toronto and a team that can open things up quickly. If Toronto scores an early goal or gets comfortable at any moment, I'm not sure New England Revolution has the horses to counter.

I'm siding with Toronto FC to get the victory here.