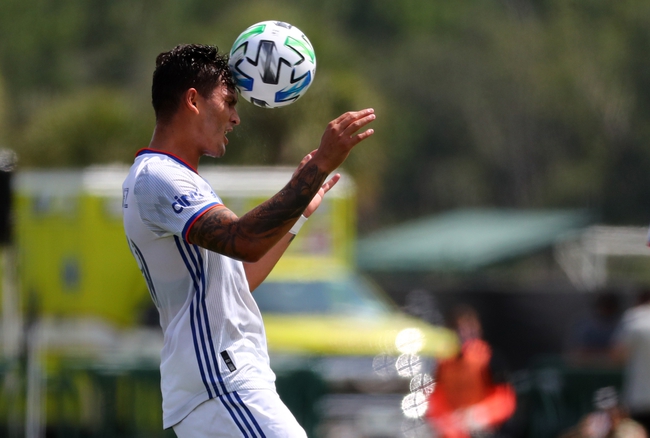 FC Cincinnati and the New York Red Bulls square off in group stage soccer action on Wednesday night as part of the MLS is Back tournament from Orlando, Florida.

FC Cincinnati will look to build off of their first win of the season coming in the form of a 1-0 win over Atlanta United in their last match. In the win over Atlanta, Cincinnati were given an early advantage when Atlanta went down to ten men as a result of a United player picking up a second yellow card. The game would remain scoreless into the half and for a large part of the season half before Frankie Amaya broke the tie in the 76th minute. Atlanta would put forth a solid effort over the last quarter of an hour, but in the end, Cincinnati would hold on for a hard-fought victory.

The New York Red Bulls on the other hand will be out to bounce back from a 2-0 loss to the Columbus Crew in their last match. In the loss to Columbus, New York fell behind in the 22nd minute as the lone action of the first half and the Crew would double the lead two minutes after the halftime break. New York would do their best to get back into the game with 58% possession, but the Crew would hold the Red Bulls to no shots on goal in the entire second half, leaving the Red Bulls empty-handed at the full time whistle.

I considered Cincinnati and the heavy plus money as both teams could use the win and wins haven’t happened in Cincinnati all that often so maybe the momentum and feel good vibes could carry over into the final group stage game. However, that lack of winning is why I’m backing the Red Bulls here. We haven’t really seen Cincinnati put it together consistently and it’s not often that Cincinnati puts back-to-back wins together. The Red Bulls on the other hand have a strong history of winning, and have a roster that’s built for the higher pressure games like this where you win and you move on, and loser could potentially go home. I’ll lay the juice with the Red Bulls here.