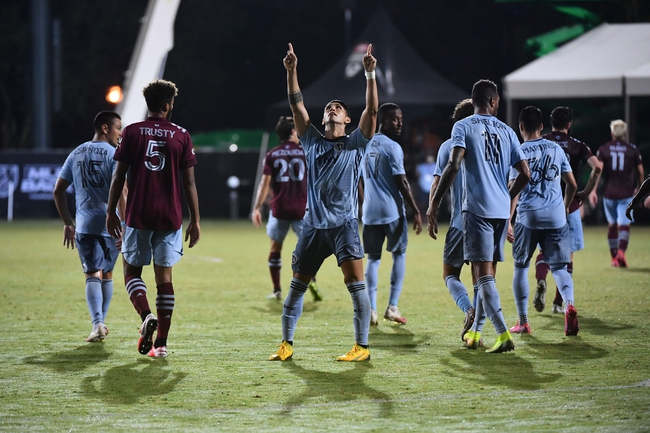 Real Salt Lake and Sporting Kansas City meet Wednesday morning in the MLS is Back Tournament soccer action at the ESPN Wide World of Sports Complex.

This is a massive game for both of these teams that hope to make it out of Group D, and part of me leans toward Real Salt Lake because of their ability to slow games down and get after it defensively. Real Salt Lake also beat up on KC in the last two meetings. Still, I'm going to side with Sporting Kansas City, an explosive offensive team that's averaging nearly three goals per game this season and just showed how aggressive they can be in their last outing. KC also needs a win to increase its chances of advancing, so I do expect them to push the pace a little.

Give me Sporting Kansas City and the plus money.