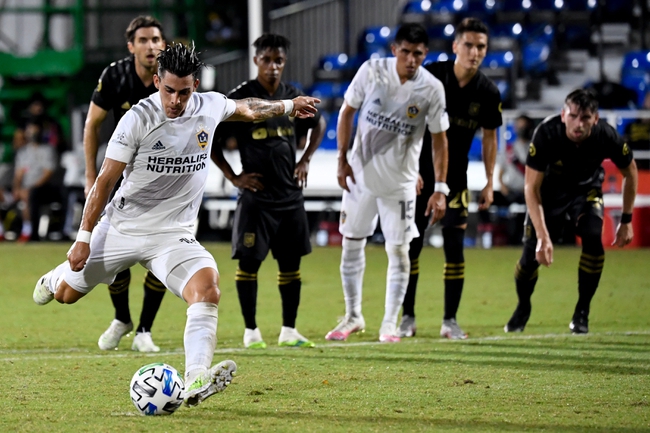 The LA Galaxy and the Houston Dynamo square off in group stage soccer action from Orlando, Florida as part of the MLS is Back tournament on Thursday night.

The LA Galaxy have their backs against the wall after falling to 0-0-2 in group stage play with a 6-2 beatdown loss to LAFC in their last match. In the loss to LAFC, the Galaxy took the lead in the 5th minute off of an LAFC own goal, but LAFC would tie the game from the penalty spot eight minutes later. Cristian Pavon would get the Galaxy back in front with a penalty of their own in the 31st minute, but once again, LAFC would equalize but this time it came in the second minute of first half stoppage time. In the second half, it was all LAFC, as FC struck in the 56th to take the lead before pushing the lead to 5-2 with goals in the 75th and 80th minutes. LAFC put a cherry on top with a goal in second-half stoppage time to pour salt in the wound of the Galaxy.

The Houston Dynamo on the other hand, only have one point to show from their efforts after a 2-1 loss to Portland in their last match. In the loss to Portland, the Timbers took the lead in the 35th minute and the lead held up until Portland doubled their advantage just after the hour mark. Alberth Elis would pull a goal back for Houston in the 86th minute from the penalty spot, but subsequent yellow cards over the next two minutes would get Elis sent off, leaving Houston down to ten men looking for an equalizer that never game over the last few minutes.

This is a hard one to call as both teams need a win just to try to qualify within the four best third place teams, and even if the Galaxy were to get there, they’d need a big win to counteract their massive goal differential after the beatdown by LAFC. On the other hand, Houston hasn’t really impressed all that much either early on. With that said, I’m expecting a higher-scoring game here as both teams have to throw everything at the wall and hope something sticks with their tournament lives at stake. Five of the last seven head-to-head have seen at least four goals, so I’ll side with the trends and back the over 3.5 goals as my pick for this match.