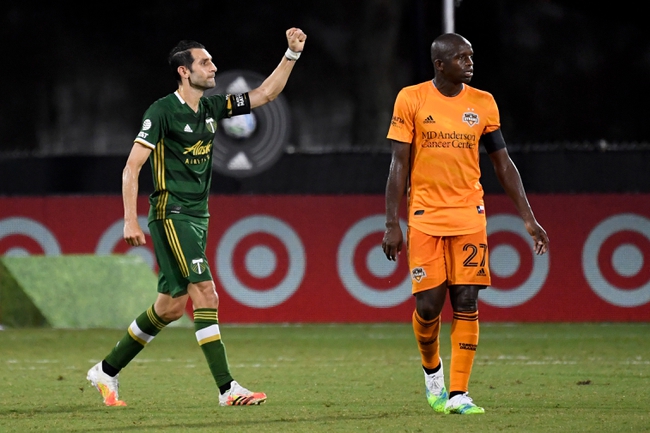 LAFC and Portland Timbers meet Thursday night in the MLS is Back Tournament soccer action at the ESPN Wide World of Sports Complex.

LAFC had a draw again Houston Dynamo and are fresh off beating the LA Galaxy with six goals scored. LAFC has scored nine goals in the first two games this tournament, and they’re coming off a contest where they controlled possession for 58.2 percent of the match and had 12 shots on goal. Los Angeles Football Club has scored at least three goals in five of its last seven matches overall and is showing why many consider them to be the team to beat in this tournament. Diego Rossi leads LAFC with six goals, Francisco Ginella has three assists and Carlos Vela has six shots on goal. Defensively, Kenneth Vermeer has allowed six goals on 17 shots faced and Pablo Sisniega has given up two goals on three shots.

You can make a case for the Portland Timbers given that they've won both games in this tournament and have shown a solid balance attack. However, LAFC is the team to beat in this tournament and has shown effortless play on the offensive side where scoring comes easy. As long as Los Angeles Football Club is going to put up crooked numbers consistently, I don't think there's any stopping them from winning the title.

I'll lay the reasonable price with a LAFC victory.