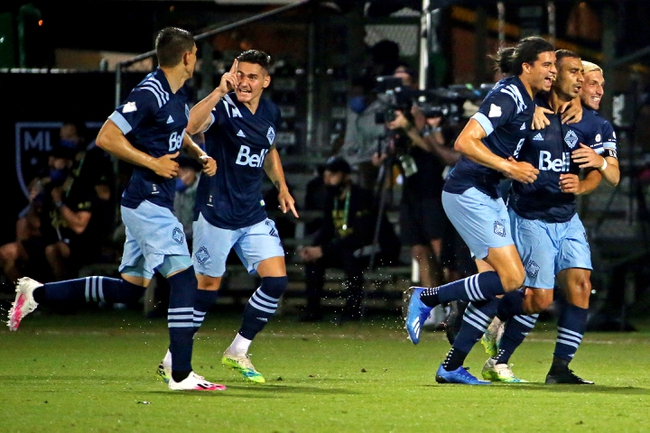 Chicago Fire and Vancouver Whitecaps meet Thursday morning in the MLS is Back Tournament soccer action at the ESPN Wide World of Sports Complex.

Chicago Fire beat the Seattle Sounders and suffered a 2-0 loss to the San Jose Earthquakes. In their lat effort, the Chicago Fire controlled the ball for just 37.3 percent of the match and couldn’t execute on three shots on target. It was the first time since a February 1 preseason match the Chicago Fire didn’t find the back of the net. Despite the poor result, the Chicago Fire still control their own destiny in terms of advancing in the tournament. Robert Beric leads Chicago Fire with two goals, Djordje Mihailovic has two assists and Przemyslaw Frankowski has five shots on goal. Defensively, Kenneth Kronholm has allowed six goals on 15 shots faced.

The Vancouver Whitecaps are 3-1-1 in their last five meetings against the Chicago Fire, but the last meeting in April of 2019 resulted in a 1-1 draw. Each of the last four meetings between the Whitecaps and Fire produced at least two goals.

The Chicago Fire have everything to play for in hopes of advancing to the knockout stages, while you can argue no team has been elastic's impressive than the Vancouver Whitecaps. The Whitecaps are allowing anything and everything on the offensive end and it's a problem that dates back to the original regular season. Throw in the fact there's no chance of advancing and the Whitecaps are probably a team that has its bags packed and just wants to go home at this point.

I'll lay the juice with the Chicago Fire.