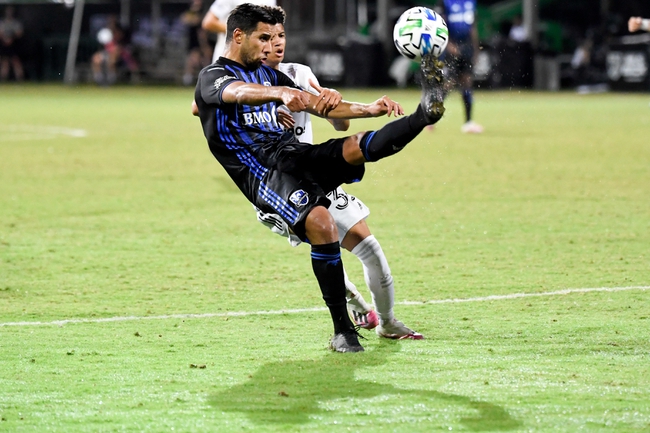 Orlando City and Montreal Impact meet Saturday night in the Round of 16 in the MLS is Back Tournament soccer action at the ESPN Wide World of Sports Complex.

Orlando City went 2-0-1 to come out of Group B, and they’re coming off a 1-1 draw against the Philadelphia Union. In that effort, Orlando City controlled the ball for 53.7 percent of the match and got seven shots on goal. Orlando City has shown a consistent offensive attack this tournament and has scored at least one goal in each of its last four games. Orlando City has looked like a confident bunch and it doesn’t hurt that they’re pretty much at home and used to these humid conditions. Chris Mueller leads Orlando City with four goals, Nani has two assists and Tesho Akindele has two shots on goal. Defensively, Pedro Gallese has allowed five goals on 18 shots faced.

Montreal Impact finished 1-2-0 in their three matches and just made it out of Group C. Montreal Impact saved their best effort for last with a 1-0 victory over DC United their last time out. In the victory, Montreal Impact controlled the ball 47.4 percent of the match and allowed just three of its opponents 12 shots to be on target. Montreal Impact has had defensive issues all season long, but maybe their last time out was a turning point. Saphir Taider leads Montreal Impact with three goals, Emanuel Maciel has one assist and Maximiliano Urruti has five shots on goal. Defensively, Clement Diop has allowed eight goals on 24 shots faced.

Montreal Impact are 6-4-2 in their history against Orlando City, and they’ve edged them on goals, 21-18.

Orlando City has been the more impressive team through the three games, has more scoring threats and is pretty much the home team in this situation while used to the humid weather even in a night spot. Montreal Impact has had issues defensively dating back to the original regular season, and the offensive attack often stalls if Saphir Taider isn't taking his game to new heights. Orlando City has more balance to its club and is the more trustworthy team at this point of the tournament.