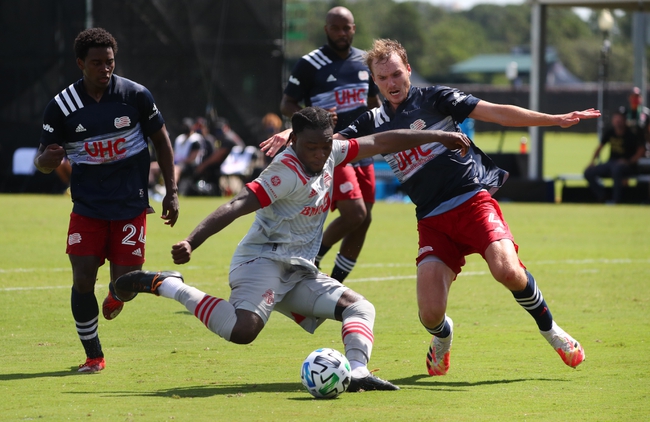 Toronto FC and NYCFC meet Sunday night in the Round of 16 in the MLS is Back Tournament soccer action at the ESPN Wide World of Sports Complex.

Toronto FC finished 1-0-2 in three meetings to come out of Group C, and they’re coming off a 0-0 draw against the New England Revolution. In their latest effort, Toronto FC controlled the ball for 60.4 percent of the match and got five of its 14 shots on target. Toronto FC has now produced a clean sheet in two of their last four games overall while getting 11 shots on target in their last two games. Ayo Akinola leads Toronto FC with five goals, Alejandro Pozuelo has five assists and Jozy Altidore has four shots on goal. Defensively, Quentin Westberg has allowed seven goals on 19 shots faced and Alex Bono has given up zero goals on two shots.

NYCFC went 1-2-0 to barely make it out of Group A, and they’re coming off a 1-0 win over Inter Miami CF. NYCFC got a late goal from Ismael Tajouri-Shradi to seal the victory, a game in which they controlled 59.4 percent of the possession and allowed just two shots on target. NYCFC has scored just two goals this tournament and has been held to one or less goals in each of their last seven matches overall. Ismael Tajouri-Shradi leads NYCFC with one goal, Alexandru Mitrita has one assist and Valentin Castellanos has seven shots on goal. Defensively, Sean Johnson has allowed six goals on 28 shots faced.

NYCFC is 4-2-5 all time against Toronto FC, but they’ve been outscored 21-19 during those meetings.

Toronto FC has been a solid team throughout this tournament with decent offensive depth, and they also showed in their last contest that they can slow a game down and rely on their defense to play things a little more safe. NYCFC hasn't looked good through three games and it's only positive result came against a new Miami club that has shown zero offensive firepower. NYCFC has scored one or less goals in each of their last seven games and is rather lucky to even make it to the elimination rounds if we're being honest.

Toronto FC should find the back of the net once or twice in this matchup, advancing to the quarterfinals.