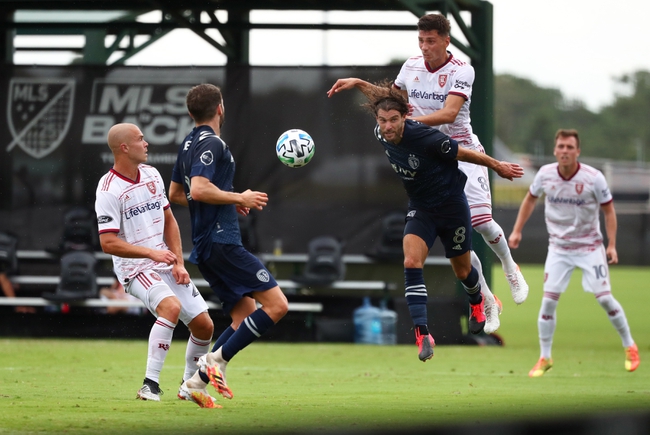 San Jose Earthquakes and Real Salt Lake meet Monday night in the Round of 16 in the MLS is Back Tournament soccer action at the ESPN Wide World of Sports Complex.

Real Salt Lake finished 1-1-1 in group play and are coming off a 0-2 loss to Sporting Kansas City. Real Salt Lake has failed to score a goal in its last two matches. In its last time out, Real Salt Lake controlled the ball for 58.1 percent of the match but managed just one shot on goal. Real Salt Lake has now been shutout in three of its last five games overall. Damir Kreilach leads Real Salt Lake with two goals, Corey Baird has one assist and Albert Rusnak has two shots on goal. Defensively, Zac MacMath has allowed three goals on 15 shots faced.

Real Salt Lake has had a serious issue finding the back of the net dating back to the original regular season, and they've been shutout in back to back games while coming off a match where they got just one shot on goal. The San Jose Earthquakes have shown solid offensive depth throughout the tournament and has been extremely aggressive on the offensive end where they get a ton of shots off and don't need much to finish a possession.

We have a team that can't score against a team that's aggressive and is averaging three goals in their last two games. Give me the San Jose Earthquakes and the slight plus money.