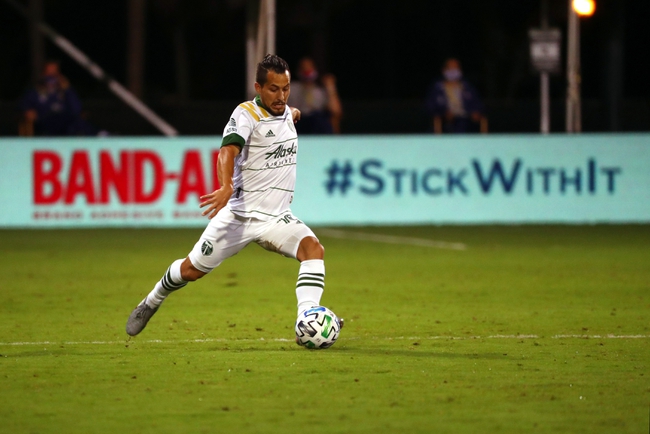 The Portland Timbers and FC Cincinnati meet in a round of 16 soccer matchup as part of the MLS is Back tournament from Orlando, Florida on Tuesday night.

The Portland Timbers come into this one after earning a 2-1-0 record to finish with 7 points atop group F after a 2-2 draw with LAFC last time out. In the tie with LAFC, Jaroslaw Niezgoda opened the scoring in the 7th minute and Portland’s lead held until the 36th minute when LAFC tied the game at one and went 2-1 up just four minutes later. Portland would end up chasing an equalizer in the second half with just 36% possession, but it would come in the 81st minute thanks to Jeremy Ebobisse. The two sides would have their chances down the stretch, but in the end the spoils would be shared as the two sides were even at full time.

FC Cincinnati come into the knockout rounds as perhaps the shock of the tournament, making it out of E with a record of 2-0-1 after a 2-0 win over New York Red Bulls in their last group stage game. Yuya Kubo gave Cincinnati the lead in the 43rd minute and the lead held until Cincinnati took a 2-0 lead in the 56th thanks to a New York own goal. The Red Bulls had 72% possession in the second half with a 14-2 edge in attempts at goal and a 4-0 edge in shots on target, but Cincinnati would hold onto the 2-0 lead to the finish line as they picked up a huge win to advance to the playoff rounds.

I’ll give FC Cincinnati full marks for what they’ve accomplished up to this point, going from the MLS cellar dwellers to making the knockout rounds of the tournament. However, Portland has been a perennial playoff team in MLS for some time now, and it’s not uncommon territory for them to be in these win or go home type of matches. A Cincinnati win wouldn’t surprise me as it’s looking like Cincinnati is the Cinderella of this tournament, but I like the Timbers and their experience. Give me Portland ML here.