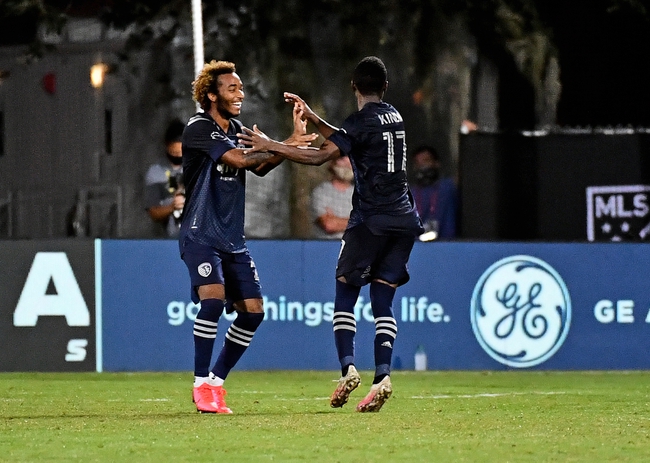 Philadelphia Union and Sporting Kansas City meet Tuesday night in the quarterfinals of the MLS is Back Tournament soccer action at the ESPN Wide World of Sports Complex.

Philadelphia Union have produced a positive result in five straight games and are coming off a 1-0 win over New England Revolution in round of 16. In its last effort, Philadelphia Union controlled the ball for 51.7 percent of the match and prevent 13 of its opponents 18 shots from finding the target. Philadelphia Union have allowed one or less goals in four straight matches. Sergio Santos leads Philadelphia Union with one goal, Brenden Aaronson has two assists and Kacper Przybylko has six shots on goal. Defensively, Andre Blake has allowed seven goals on 34 shots faced.

Philadelphia Union and Sporting Kansas City have split the 17 all-time meetings at 6-6-5. However, the Union have a slight edge on Kansas City in goals, 22-20.

Philadelphia Union has played a lot of games close to the vest this tournament and relied on a defense that's allowed one or less goals in four straight matches. In an elimination match that would put them in the semifinals, it's hard seeing Philly not stick to this defensive game plan. Sporting Kansas City just dominated possession of its last match and still needed penalty kicks to advance after not finding the back of the net once. We also know defense and safe play usually rules as we get deeper into a tournament.

I'll gladly take the under three goals in this match.