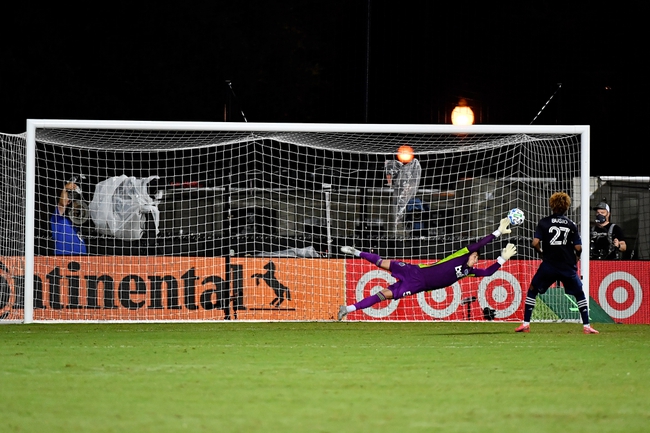 Orlando City takes on LAFC in a quarter-final matchup in soccer action as part of the MLS is Back tournament on Friday night.

Orlando City booked their spot in the quarters after picking up a hard-fought win over Montreal Impact last time out. In the victory over Montreal, The game was squeaky clean in the first half with no scoring and no bookings, but that would change in the second half when Tesho Akindele put Orlando City ahead on the hour mark. Akindele’s goal represented the only shot on target in the entire second half, as Montreal just couldn’t find the mark and were left off of the scoresheet at full time, eliminating the Impact and sending Orlando City to the next round.

LAFC on the other hand, booked their spot in the quarters after a domineering win over the Portland Timbers by a final score of 4-1. In the win over Portland, Diego Rossi opened the scoring in the 14th minute for LAFC befor Latif Blessing doubled the lead in the 39th minute of play. Portland would have 66% possession in the second half and would cut into the deficit in the 75th, but LAFC would restore the two-goal advantage when Rossi completed his brace in the 82nd. Brian Rodriguez would add a 4th for LAFC to close out the result in the 89th and help secure their spot in the quarter-finals while Portland were eliminated from the tournament.

There’s no denying that LAFC has had their scoring boots on all tournament, as they’ve put in 15 goals in four tournament matches so far. However, LAFC have also conceded eight goals and five of those came in a pair of draws in the group stage, and the full time draw has been a theme near the end of the round of 16. Orlando City is no slouch and they can keep up with LAFC with a strong defensive core, so I’ll take a shot on the draw and anticipate a penalty shootout after the 90 here.