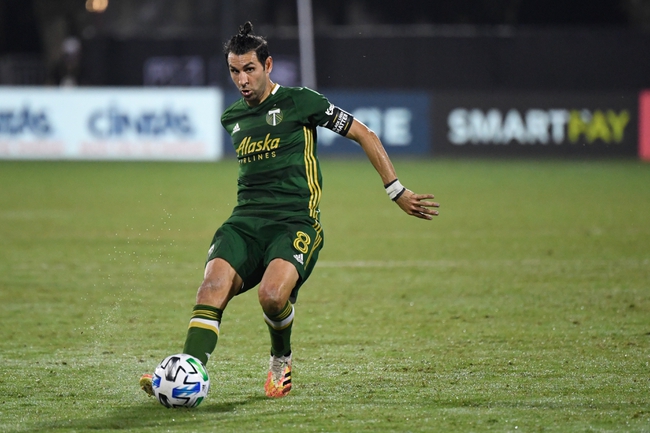 NYCFC and Portland Timbers meet Saturday night in the quarterfinals of the MLS is Back Tournament soccer action at the ESPN Wide World of Sports Complex.

NYCFC have won their last two matches and have shown improvement on the offense side with their recent 3-1 win over Toronto FC. In their last effort, NYCFC controlled the ball for 44.4 percent of the match and got seven of its 11 shots on target. It was a sight for sore eyes considering NYCFC was held to one or less goals in each of its last seven matches and it led to frustrating results. It’ll be interesting to see if New York City FC keeps this offensive pressure on its opponent. Ismael Tajouri-Shradi leads NYCFC with one goal, Alexandru Mitrita has one assist and Valentin Castellanos has seven shots on goal. Defensively, Sean Johnson has allowed six goals on 28 shots faced.

Portland Timbers have produced positive results in five straight matches and are coming off a shootout victory over FC Cincinnati. In the victory, Portland controlled the ball for 55.6 percent of the match and got eight of its 19 shot attempts on target. Portland Timbers have scored at least one goal in all 12 matches this season and not losing a match since March 1 has to have given this club a great deal of confidence as we enter the business end of this tournament. Diego Valeri leads Portland Timbers with three goals, Sebastian Blanco has three assists and Jeremy Ebobisse has four shots on goal. Defensively, Steve Clark has allowed seven goals on 19 shots faced.

Portland Timbers are 4-1-0 all-time against NYCFC and have outscored them 7-2 in those meetings.

Portland Timbers have not only won four of the five meetings all time against NYCFC, but they've been the better team throughout this tournament. Portland is a gritty club that just finds ways to win and has found a new boost of offense in Jaroslaw Niezgoda. NYCFC played its best match the last time out, but this is also a club that's had issues finding offense dating back to the original regular season. I question how much of NYCFC last performance is sustainable.

I'll take Portland Timbers to advance to the semifinals for the slight plus money.