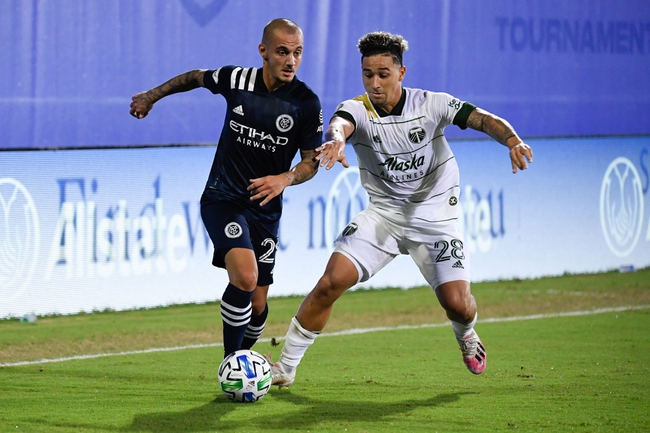 Orlando City and Minnesota United square off in a semi-final matchup in soccer action from Orlando, Florida as part of the MLS is Back tournament on Thursday night.

Orlando City comes into this game as the host team looking to make their run last for another day after a 2-1 win over LAFC in their quarter-final match last time out. Orlando City dodged a bullet in the first half as LAFC had a goal overturned via VAR afteran offside player was found in the buildup to the goal. Orlando City would have a golden opportunity to go up in the 56th minute but Nani would miss from the penalty spot and LAFC would make them pay on the hour mark as Orlando City would concede the opening goal. The Lions would chase for an equalizer and Joao Moutinho bailed out Orlando, scoring in the 90th minute to tie the game at one goal apiece. The sides were all square at full time, so it was off to the shootout where Orlando scored on all five penalties while LAFC missed their second shot as Nani buried the final penalty for a sense of redemption as he put Orlando through to the semi-finals.

Minnesota United Earned their spot in the semis after a convincing 4-1 win over San Jose in their quarter-final matchup. Minnesota jumped out to a quick 2-0 lead with goals one minute apart from Robin Lod in the 20th and Jacori Hayes in the 21st. The lead held into the second half where San Jose got on the board from the penalty spot five minutes into the second half. Luis Amarilla would restore Minnesota’s two-goal cushion just six minutes later and while San Jose would chase after a goal to get back in the game, Minnesota would slam the door shut on any comeback attempt as Marlon Hairston would score to make it 4-1 Minnesota, sealing the deal at full time.

A lot of times, when a host team makes a run in the playoffs/knockout rounds, you’re just kind of waiting for the other shoe to drop and for the run to come to an end. However, Orlando City is on some run of form this season, having not allowed more than one goal in any of their games so far this season and I think they have what it takes to keep Minnesota United under wraps offensively and push their run to the final. Give me Orlando City here.