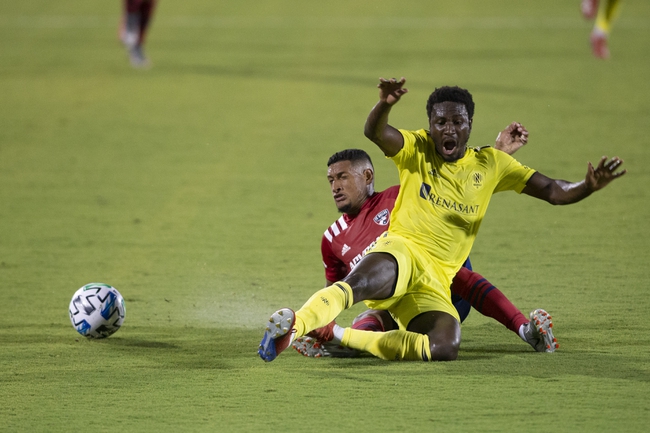 FC Dallas will try to rebound after losing to Nashville by a final score of 1-0 in their last matchup, giving Nashville their first MLS win in franchise history.

The first half saw no scoring and only a pair of yellow cards that were brandished the way of Nashville SC, as Nashville received four of the five yellow cards handed out in the match. Dallas would end up holding on to the bulk of the possession in the match with 64% possession, but Nashville would convert on one of their three second half shots on goal as David Accam scored to give Nashville the lead in the 88th and it was a lead that Nashville would take and run with, as the Hoops of FC Dallas just didn’t have a response the rest of the way as Nashville held on for the hard-fought win, the first of many I’m sure in MLS.

Zdenek Ondrasek leads Dallas in scoring with two goals while Ricardo Pepi and Paxton Pomykal each have a goal as well for Dallas. Nashville SC on the other hand only has two goals in club history in the U.S.A.’s top flight, with Accam and Walker Zimmerman each having a goal for Nashville SC so far this season.

The plus money with Nashville is tempting or even the draw as Nashville just beat Dallas a few days ago. However, Dallas is a far better team that what we saw in that game and you have to imagine that these guys have had it drilled into their minds in practice over the last few days that the win was Nashville’s first and that they’re always going to be a part of history in that regard. I think Dallas comes out with a purpose here so I’ll take FC Dallas to get the job done on the moneyline and walk out of this one with three points at home.