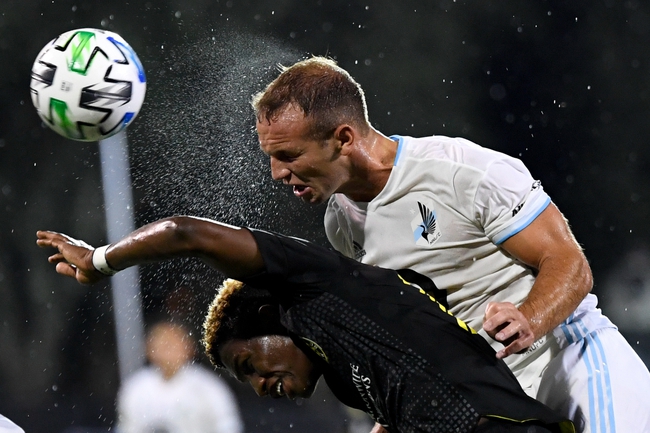 The Columbus Crew play host to the Chicago Fire in MLS action from MAPFRE Stadium on Thursday night.

The Columbus Crew come into this one looking to build on their solid performance in the MLS is Back tournament that currently has the crew sitting at the top of MLS with 13 points and a 4-1-0 unbeaten record through five games. The Crew went a perfect 3-0-0 in group action, putting up three clean sheets against FC Cincinnati, New York Red Bulls and Atlanta United, holding a 7-0 goal differential through the group stage. Columbus’ stay in the knockout round was short-lived though, as the Crew were bounced by Minnesota United in the round of 16 after a penalty shootout. Gyasi Zardes leads Columbus in scoring with 4 goals while Lucas Zeleravan has 3 goals and Youness Mokhtar had a pair of goals for the Crew. Eloy Room is the top goalkeeper for Columbus, conceding just 0.25 goals per 90 minutes with three clean sheets in four appearances this season.

The Chicago Fire come into this one rested after a disappointing showing in the MLS is Back tournament. The Fire opened with a 2-1 win over the defending MLS Cup champion Seattle Sounders, but followed that up with back-to-back 2- losses to the San Jose Earthquakes and Vancouver Whitecaps, resulting in a 1-0-2 record and a last place finish in Group B after a head-to-head tiebreaker loss with the Whitecaps put Chicago in last place in the group. Robert Beric leads Chicago in scoring with a pair of goals while Mauricio Pineda and Jonathan Bernstein each have a goal and Djordje Mihailovic has a team-high two assists this season. Kenneth Kronholm is Chicago’s top goalkeeper, conceding 1.6 goals per 90 minutes this season.

The draw is tempting as the last three head-to-head tied have ended all square, but the issue with that is that the Columbus Crew have been the best team in the league so far this year as far as games to count towards the standings, and even if you disagree with that they’ve been far better than what the Fire have brought to the table, especially on the defensive front. I think this could easily be a 1-0 or 2-0 Columbus win, so give me the Crew to win and to get value out of the bet I’ll take Columbus to win to nil to get almost 2.5 times my money with the wager.