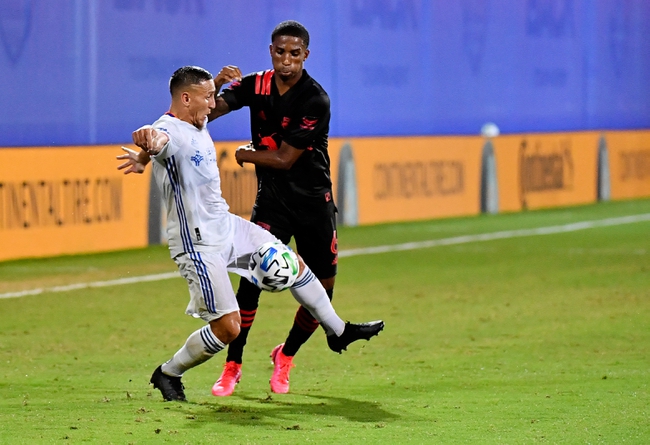 New York Red Bulls will play their first game in a month and hope to have more success than they did in the bubble, as they’re coming off back-to-back shutout losses. New York Red Bulls have been outscored 1-4 in their last three matches, which makes us forget about the strong start they had to the season that included a win over FC Cincinnati and a draw with Real Salt Lake. Kyle Duncan leads New York Red Bulls with one goal, Florian Valot has two assists and Daniel Royer has three shots on goal. Defensively, David Jensen has allowed seven goals on 19 shots faced.

New York City FC come into this new season with some momentum after making the quarterfinals of the MLS is Back and eventually falling to the champion Portland Timbers. NYCFC found more offensive success as play resumed, which included scoring three goals against Toronto FC. New York City FC has been a bit up and down in its play overall, but last month was quite encouraging for this club moving forward. Ismael Tajouri-Shradi leads New York City FC with one goal, Alexandru Mitrita has one assist and Valentin Castellanos has seven shots on goal. Defensively, Sean Johnson has allowed six goals on 28 shots faced.

The last four meetings have been split down the middle at 2-2-1, but New York City FC won the most recent match last August, 2-1. Three of the last five meetings have produced at least three goals.

New York Red Bulls didn't look good their last time out and the offense showed us very little in the tournament. New York City FC were one of the more impressive teams down the stretch of the tournament and found a spark offensively that wasn't there earlier in the original regular season. It's the type of run that could spark improved play under this new season.

NYCFC has all the momentum heading into this contest and played easily the better ball their last time out. I'll back New York City FC and the plus money for the victory.