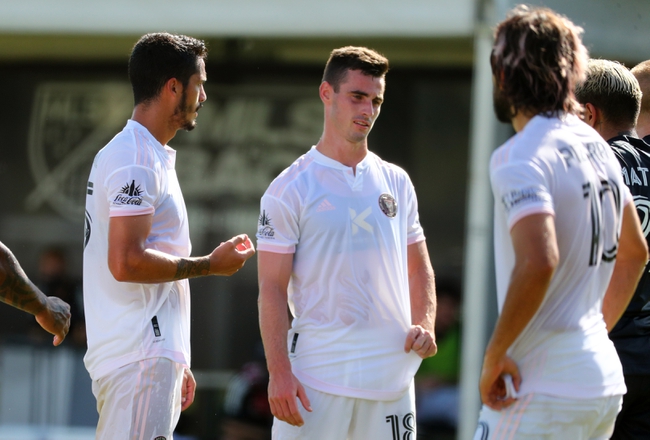 Inter Miami lost all three MLS is Back matches by a combined score of 5-2, and they’re now 0-5-0 through five MLS matches in team history. Inter Miami has been solid defensively and has had a couple of chances to force a draw, but the lack of offense has been the reason this club can’t get on the board. Leandro Gonzalez Pirez will make his Miami debut, which obviously helps this young club, and Blaise Matuidi will join the team as well. Inter Miami will enter this season a lot stronger than they were in the past. Rodolfo Pizarro leads Inter Miami with two goals, Matias Pellegrini has two assists and Nicolas Figal has four shots on goal. Defensively, Luis Robles has allowed eight goals on 20 shots faced.

Orlando City should enter this new season with a ton of confidence after making a run in the MLS is Back, which included a final appearance and a 2-1 loss to the Portland Timbers. Orlando City was solid defensively during its run and even forced the explosive LAFC to a 1-1 shootout. Orlando City has allowed one or less goals in six of its last seven matches. Chris Mueller leads Orlando City with four goals, Nani has two assists and Tesho Akindele has two shots on goal. Defensively, Pedro Gallese has allowed five goals on 18 shots faced.

Orlando City won the only meeting against Inter Miami, which was in July of this year, a match they won 2-1.

Orlando City is probably still the better team up to this point and is riding a wave of momentum with them fresh off a tournament final appearance. However, Inter Miami has been competitive through five matches despite the losses, and this club will only get better with the additions they have coming in. This is also the first home game Inter Miami will play, and while there's no fans in attendance, they should at least have some energy playing at their new digs.

Inter Miami has to win a game eventually. I'll side with the solid plus money and the home team.