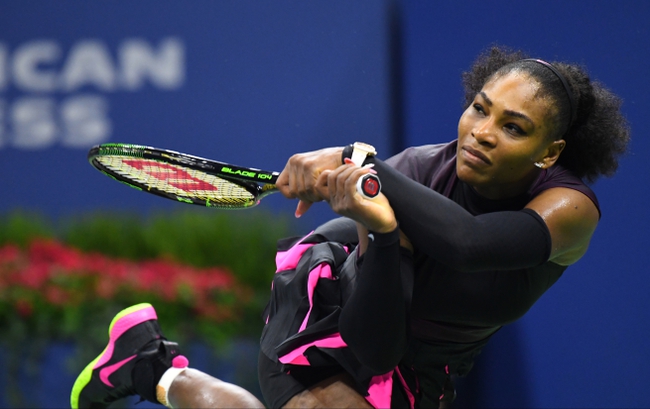 Serena Williams and Barbora Strycova meet in the fourth round of the 2017 Australian Open.

Serena Williams is coming off a straight sets win over Nicole Gibbs that took 16 games to decide. In the victory, Serena won 83 percent of her first serve points and 57 percent of her second serve points. Serena has handled a tough part of the draw rather easily, as she hasn’t dropped more than four games in a set this tournament. Serena is killing her first serve percentage and looks confident out on the tennis court. The one concern is that Serena does have a combined 49 unforced errors in her last two matches, something I’m sure she’d want to clean up as she hopes to get deeper into the tournament. Serena hopes to make her 10th straight grand slam quarterfinal appearance. Serena has won nine of her last 11 matches on hard court.

Barbora Strycova is coming off a straight sets win over Caroline Garcia that took 20 games to decide. In the victory, Strycova won 76 percent of her first serve points and 57 percent of her second serve points. Strycova also hasn’t dropped a set this tournament and has lost just a combined 12 games in her last two matches. Strycova should be confident heading into this match and should look to be aggressive with her offense to pull off the upset. Strycova has six career wins over top-10 players, two of which came last season. Strycova hopes to make her second career grand slam quarterfinal and first since the 2014 Wimbledon. Strycova has won eight of her last 10 matches on hard court.

Serena has won both meetings against Strycova, both coming back in the 2012 Wimbledon and Australian Open. Both matches were decided in straight sets.

The head to head doesn’t tell us much given the small sample size and the fact the matches took place five years ago. Strycova has a shot here if she can play as well as she did against Garcia added with the hope Serena has a letdown. However, Serena looks looked in and hasn’t had to waste much energy to get to this point. That’s when the American is most scary.

Give me Serena in another straight setter.