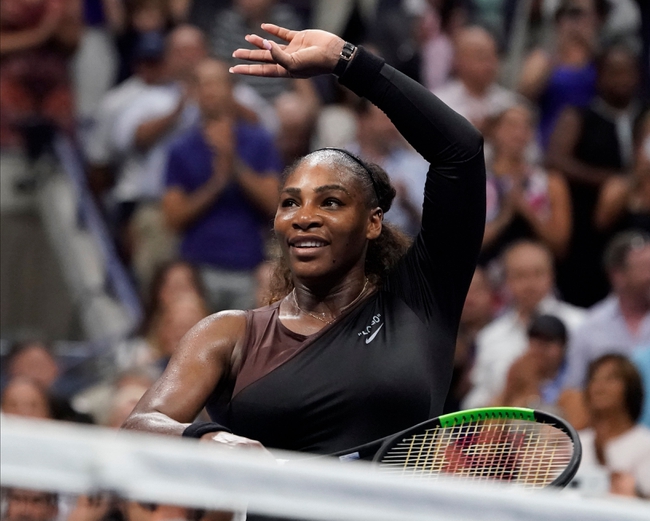 Anastasija Sevastova and Serena Williams meet in the semifinals of the 2018 tennis US Open.

Anastasija Sevastova is coming off a straight sets win over Sloane Stephens that took 17 games to decide. In the victory, Sevastova won 57 percent of her first serve points and 59 percent of her second serve points. Sevastova won 58 percent of her total service points and converted on five of her eight break points. Sevastova can certainly serve at a higher percentage and will have to in order to win this match, but she’s been feisty with the return and has come up big in the most important points of the match. Sevastova has combined for 17 breaks in her last three matches, a formula that makes her a respectable opponent heading into this match. As long as Sevastova keeps the ball in play and doesn’t get discouraged from bad points, she gives herself a shot at the biggest win of her career. Sevastova hopes to make her third final appearance of the year and her first ever grand slam final appearance. Sevastova has won eight of her last 10 matches on hard court.

Serena Williams is coming off a straight sets win over Karolina Pliskova that took 19 games to decide. In the victory, Serena won 71 percent of her first serve points and 46 percent of her second serve points. Serena won 63 percent of her total service points and saved 10 of her 12 break points. Serena still has hiccups here and there with her play, but she’s combined for 40 aces in her last three matches, which is the key for me. When Serena is getting so many free points with her serve and not having to grind out matches, she’s damn near unbeatable. As long as that serve holds up, Serena is going to win yet another grand slam title. Serena hopes to make the final of a grand slam for the 10th time in her last 13 appearances. Serena has lost in the semifinal of the US Open in each of her last two appearances. Serena has won 16 of her last 18 grand slam semifinal matches. Serena has won six of her last seven matches on hard court.

There’s no previous matches between these two players.

We were robbed from a Serena - Stephens match, which would have been crazy ratings wise and great for the sport on the biggest American stage. Oh, well. As for who wins this match, the only logical pick is Serena. Sevastova doesn’t serve well enough and doesn’t have anything in her game that’s going to scare Serena. Whether it’s a good serve, ability to hit winners or hitting the ball with great power, there has to be something that Serena has a hard time countering, and Sevastova simply doesn’t have it. There’s also a massive experience gap which comes into play at this point in the tournament, as I’m certain Sevastova is going to blow some games due to nerves. Serena would have had her hands full if she played Stephens. That’s just not the case here, with all due respect to Sevastova.

Serena will cruise in this match in straight sets.