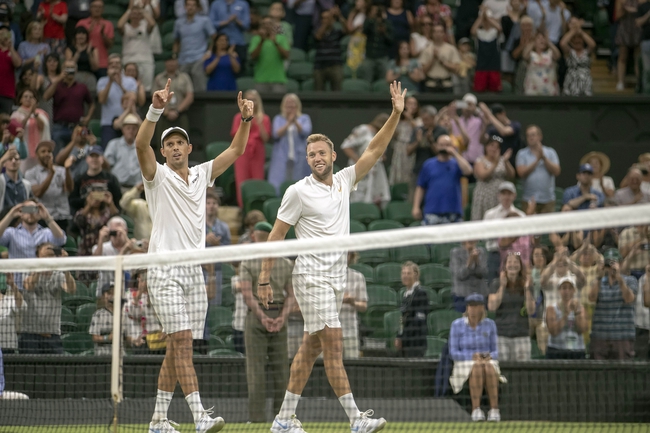 We have reached the semifinal stage of the Men’s doubles tournament at the 2018 US Open. At this stage of the tournament, Juan Sebastian Cabal and Robert Farah will take on Mike Bryan and Jack Sock.

On the other side of the court, Jack Sock and Mike Bryan will also look to continue their strong tournament. In the first 4 rounds, Sock and Bryan have not lost a single match and they have dominated their opponents. The American duo are playing well and both Sock and Bryan will be very high on confidence as they managed to win Wimbledon just over a month ago. In addition to all that, Bryan and Sock are both from the USA and are being supported greatly in this tournament. With both players confident, in great form and being supported by the crowd, Jack Sock and Mike Bryan will be very hard to beat.

All in all, I am picking Jack Sock and Mike Bryan to win this match. While both teams are playing great tennis, Sock and Bryan have the experience of winning a grand slam as a team while Juan Sebastian Cabal and Robert Farah do not. In addition to that, Sock and Bryan are playing at home and the support of the crowd will be massive in getting the American pair over the line. I see Jack Sock and Mike Bryan making their second successive grand slam final.