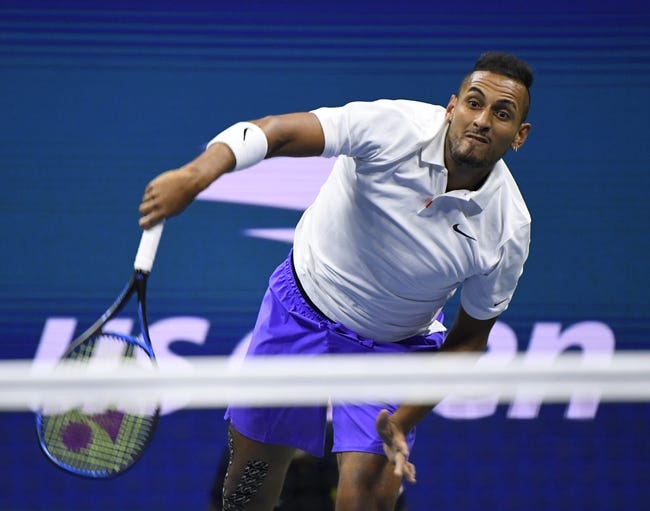 Fourth seeded Borna Coric of Croatia faces thirteenth seed Australian Nick Kyrgios in the Round of 16 at the Murray River Open in Melbourne Australia. After originally being scheduled for Wednesday night (EST) the match has been delayed by a day due to COVID-19 issues and will now hopefully be played on Thursday. They have played four times in the past, winning two matches each. This has all the makings of a huge and exciting match, who will come out on top?

Nick Kyrgios is one of the flashiest and most talented players on the ATP Tour. However, all that talent has not always translated into results, as he tends to lose his temper and focus easily, self-imploding at times. This is his first tournament in almost a year, having skipped the 2020 season due to COVID-19 fears. He has looked a bit rusty so far, but has managed to win two relatively close matches, both in straight sets. When he is in form he can beat anyone, as evidenced by his multiple top 10 victories. His huge serve and groundstrokes are always a threat, it just depends on if he will be focused. He will have to be better than he has been so far to defeat the vastly improved Coric.

Borna Coric was long considered a big talent of the ATP Tour and is recently translating that into success. He had a mixed 2020 season, starting poorly and then finishing with a bang, reaching the Quarter-Finals at the US Open and the Final in St. Petersburg. Currently ranked #25, he will be highly motivated to re-enter the top 20. He has an extremely solid counter-punching style, and has recently added a bit more of an offensive element to his game. His movement and anticipation are also huge assets.

This has all the makings of an extremely entertaining match. Kyrgios is now rounding into form and loves playing at home, so he will no doubt be a handful. Coric's game is built to oppose players like Kyrgios, his speed and counter-punching ability are sure to frustrate the Aussie star. It can go either way but I am baking Coric to win a close match here. He is much more match ready and seems to be in better form. Kyrgios is very unpredictable so I would probably avoid this match. Borna Coric to win.