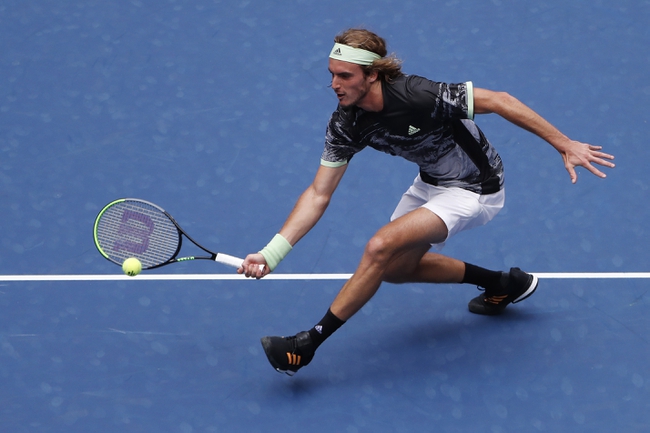 Stefanos Tsitsipas meets Alexander Bublik in the semifinals of the 2020 Marseille Open. Who will make it to the final?

Stefanos Tsitsipas looks to reach the final here in Marseille and defend his title. Tsitsipas showed us some amazing tennis against Vasek Pospisil, beating the Canadian in straight sets. Tsitsipas has an all round game, and when comparing him to the rest of the young stars like Medvedev and Zverev, it is easy to say that he is the best out of the lot. Tsitsipas knows he can defend his title here in Marseille if he continues playing the way he did in his last two matches.

Alexander Bublik shockingly won his match against Denis Shapovalov in what was a very weird match to watch. There were so many ups and downs in both players' form and eventually Bublik got the better of Shapovalov in the third set. Bublik recently said that he hates playing tennis and that he only does it for the money. This statement makes me wonder whether Bublik is really determined to fight hard if he has to on a court, or whether he will become a joke player like Bernard Tomic.

This will be the first meeting between Tsitsipas and Bublik, and it is a straight forward prediction. Bublik doesn't have the love for the game, therefore he is not as willing to leave it all on the court. Tsitsipas, on the other hand, is one of the best players on tour and if he plays like he did against Pospisil, Bublik does not stand a chance.