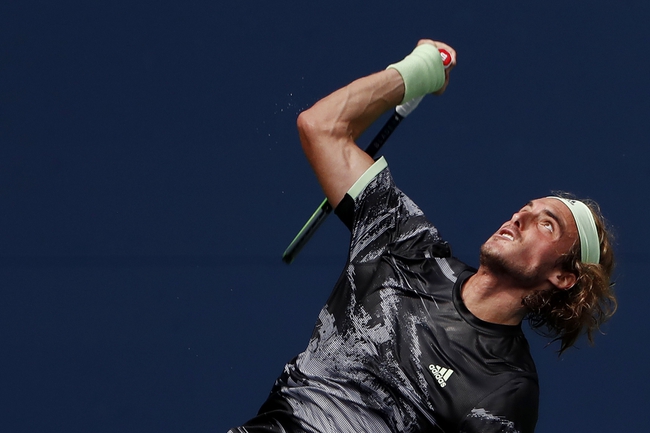 Defending champion, Stefanos Tsitsipas, meets Felix Auger-Aliassime in the Final of the 2020 Marseille Open. Will FAA finally get his maiden title, or will Tsitsipas win it again?

Stefanos Tsitsipas is very determined here in Marseille. Tsitsipas has been superb in his performances, and was very solid in his semifinal victory over Alexander Bublik. Tsitsipas beat Bublik in straight sets to ensure he can defend his title here in Marseille. Tsitsipas has never lost an ATP250 Final and is 3-0 when it comes to it. Tsitsipas will be filled with confidence here, but he knows that he is going to face his toughest opponent yet. Tsitsipas will have to maintain his composure and play like he has all tournament if he wants to be successful.

Felix Auger-Aliassime has made his second final in two weeks now. FAA has been incredible recently, he booked his spot in the final, beating Gilles Simon in straight sets. FAA has shown incredible determination to never give up, he saved multiple match points in two matches this week and he will be extremely confident agains Tsitsipas, a player who he has beaten twice already. FAA, however, will have to improve his level and make sure he doesn't give up early leads like he did a lot this week, as Tsitsipas will not give them back easily.

This will be the fourth meeting between both players, and I think that this is going to be a Tsitsipas victory. Although FAA leads the H2H 2-1, Tsitsipas has never lost in an ATP250 Final and he will be determined to defend his title. Tsitsipas when confident is unstoppable and he has had tougher opponents in the last few months than FAA. Expect Tsitsipas to win.