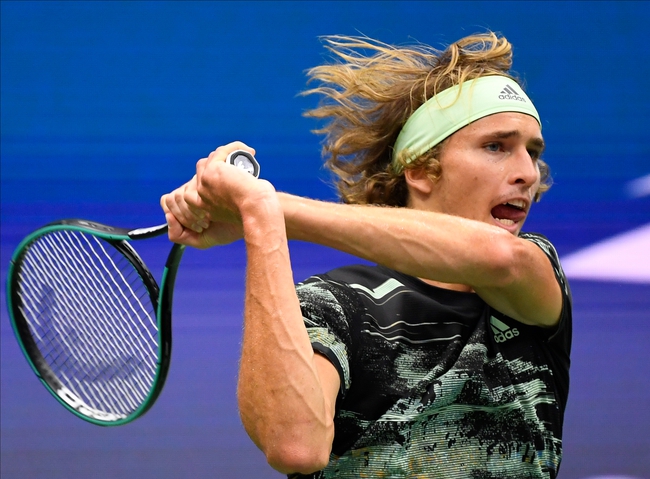 Alexander Zverev looks to book his spot in the quarterfinals of the 2020 Acapulco Open as he meets Tommy Paul in the second round. Will Zverev be able to avoid an upset?

Alexander Zverev started out incredibly slow in the first-round, being a break down and not being able to serve at all. Zverev seemed as if he had gone back to his old ways of just gifting matches to his opponents through his double faults and bad attitude. However, Zverev managed to steady the ship and eventually came back in the first set to win it 7-6. Zverev then absolutely dominated Jung and ran away with the match 7-6/6-1. Zverev knows he cannot afford to start like that again and he will need to ensure he is playing his best tennis from now on.

Tommy Paul is a very interesting player, he is young, he is strong, but what really attracts everyone to his game, is his fight. Tommy Paul never gives up in a match. Paul is very determined whether he's going to win or lose, that he gives it his all and he does not gift opponents anything. Paul has a lot of strength and he is able to play through opponents, however, he is still young and needs to learn that power does not win points, but rather accuracy. Paul needs to stop overplaying and hitting the ball out of the court when he could easily just continue the rally. Paul is a future prospect of the game and he has something to give to tennis.

This will be the first meeting between both players, and it could be a tricky one for Zverev. Paul is strong and he can hit through Zverev. Zverev needs to make sure he remains composed and his serve works well, because if not, Paul will take advantage and cause an upset. However, I think Zverev is back on track and that was just a little rustiness from not having played for a few weeks. Expect Zverev to come through this one.