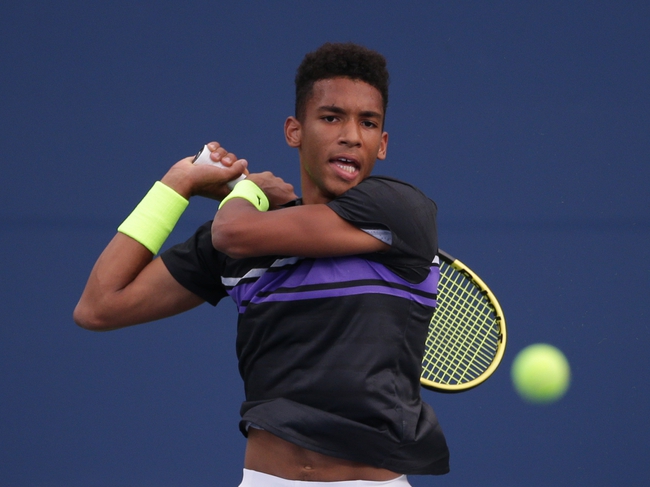 Felix Auger-Aliassime meets Kyle Edmund in the second-round of the 2020 Acapulco Open. Who will book their spot in the quarterfinals?

Kyle Edmund seems rejuvenated after having a terrible 2019 season. Edmund has struggled with injury and lack of confidence in the last year or so, and this has extremely affected his ability to win matches. However, Edmund has found his form again. Edmund has already won a title this year in New York, and he has shown us some amazing tennis on the hard-courts. Edmund absolutely dominated against experienced Spaniard, Feliciano Lopez, beating him 6-4/6-1. Edmund will look to go far here in Acapulco and with his current form it can be a possibility.

Felix Auger-Aliassime has been in incredible form as of recent. The young Canadian has made two finals this year, and he has won so many matches. Felix has shown us that he is very determined to be one of the best, never giving up in matches and playing an extremely flamboyant game. FAA is extremely talented, he just needs to gain control more over his power. FAA is very powerful, however, he does overpower his shots a lot of the time. This makes him make a lot of mistakes and it is what cost him his last two finals. FAA is young and he will adapt.

This will be the first meeting between both players, and it is going to be a tough match for both players. This has all the ingredients to go down to the wire and be anyone's game. However, if I have to choose, I have to go with FAA. FAA is in much better form than Edmund, and although Edmund has been incredible this year, he has dipped a bit compared to New York. FAA is so unorthodox in his game and this will irritate Edmund.