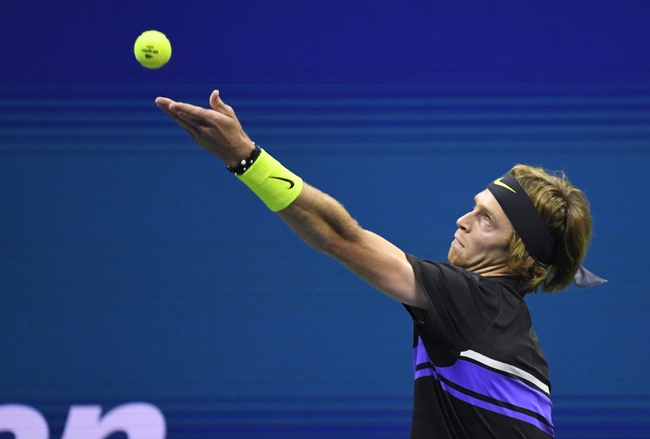 Andrey Rublev meets Dan Evans in the quarterfinals of the 2020 Dubai Open. Who will make it to the semifinals?

Dan Evans has come through two tough matches to book his spot in the quarterfinals and he has shown great mental ability to stay composed and not give up in matches. Evans is a very strange player as he can play incredibly well sometimes, but he can also play quite sloppy when he loses his temper. Evans has a lot of experience and he will need to use all of it if he wants to stand a chance with one of the most in form players this year, Andrey Rublev.

Andrey Rublev played an incredibly tough first set against Filip Krajinovic, with both players breaking each other several times. Rublev saved a lot of set points and it was a very tight set. However, once Rublev won it, Krajinovic seemed to become very ill. Krajinovic had no energy, and he looked as if he was going to faint. Krajinovic was able to finish the match without retiring, but Rublev ran away with the match 7-6/6-0. Rublev is in incredible form and he will want to challenge for the title here, potentially winning his third of the season.

This will be the second meeting between both players, and unfortunately for Evans, this is going to be a strong victory by Rublev. Rublev is the fitter of the players, and he has played less, making him fresher. Evans has had to put a lot of physical effort in his matches, but also a lot of mental ability. Evans is tired and Rublev will take advantage of this.