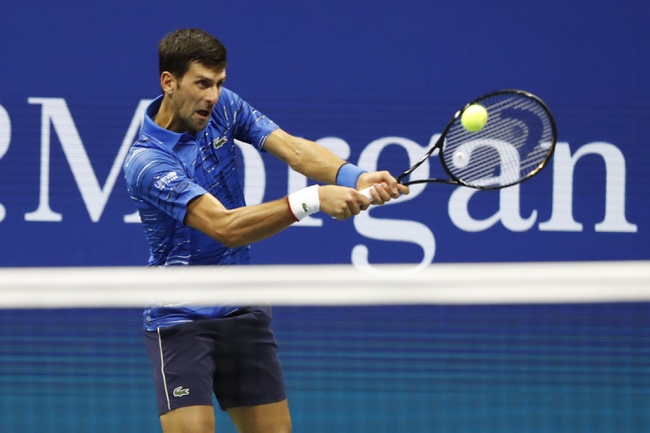 It is the No.1 seed against the No.2 seed in Dubai as Novak Djokovic meets Stefanos Tsitsipas in what will be an incredible match. Will Djokovic win his 5th title in Dubai or will Tsitsipas win his first?

Stefanos Tsitsipas cruised through his semifinal encounter against Brit, Dan Evans. Tsitsipas beat Evans in Straight Sets and he did not look back once he had the lead. Tsitsipas has been absolutely incredible all tournament and he has shown us some of his best tennis. Tsitsipas is continuously evolving as a player and he is, in my opinion, the fourth best player in the world, not the sixth. Tsitsipas has so much potential and he is one of the only young guys who is actually putting in as much work and even more work than he should.

What just happened in that Djokovic vs. Monfils match?! Can someone please tell me how Djokovic ended up winning? Gael Monfils was playing some of the best tennis of his life in that match and tired legs just got the best of him. Djokovic won the first set with ease and in the second set he was able to save 5 set points when down 5-4 and 6-5. Monfils in the tiebreak got to 6-3, with 3 match points to win the match. This was supposed to be done. Djokovic put in a shift and managed to come back and win the tiebreak 10-8. Monfils then just lost all feeling in his legs and Novak ran away with the third set. This was more of a Monfils loss than a Djokovic victory in my opinion.

This is going to be the 5th meeting between both players, with the H2H being tied at 2-2. The bookies have favoured Djokovic to win this match and I just do not understand why. Tsitsipas has always created problems for Djokovic and he is in even better form than he was when he beat the Serb. Djokovic will be extremely tired from his encounter against Monfils and he did not show great tennis when pushed. Monfils handed Djokovic the match in the end and I don't see Tsitsipas doing that.

The pick in this article is the opinion of the writer, not a Sports Chat Place site consensus.
Previous Pick
Stefanos Tsitsipas vs. Dan Evans - 2/28/20 Dubai Open Tennis Pick, Odds, and Predictions
Next Pick
Who has the most French Open ATP Titles in History?