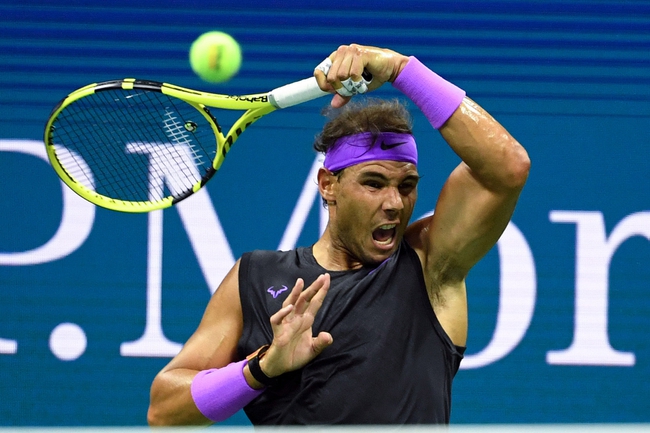 Rafael Nadal meets young American, Taylor Fritz, in the Final of the 2020 Acapulco Open. Will Nadal win the title for the first time since Acapulco became a hard-court tournament, or will Fritz cause the upset?

Taylor Fritz came through a tough three set victory against fellow American, John Isner. Isner started out the match incredibly well and it looked as if Isner would be in the Final. Isner was a set and a break up until he just didn't start serving as well as he needed to. Isner lost that match in my opinion, I did not see Fritz winning it. Fritz had easy passing shots, did not have to do much to win a point, but rather Isner is just not good in his movement. Fritz will need to highly increase his level if he wants to stand a chance in the Final.

Rafael Nadal was absolutely superb in his semifinal victory over Grigor Dimitrov. Rafael Nadal beat Dimitrov in straight sets and was constantly putting pressure on Dimitrov. Nadal is so intense that even the greats like Dimitrov cannot keep up. Nadal has been superb all tournament and he is looking to win his 3rd title in Acapulco, and his 1st since it became a hard-court tournament. Nadal will come out focused and he will use all his power, knowledge, experience and intensity to ensure he leaves victorious.

This is going to be the first meeting between both players, and this is no contest for Nadal. Fritz did not show me against Isner anything to be afraid of and Nadal will absolutely destroy the young American. Nadal is the better player, can paint lines better, and he will make Fritz look embarrassed.

The pick in this article is the opinion of the writer, not a Sports Chat Place site consensus.
Previous Pick
Stefanos Tsitsipas vs. Dan Evans - 2/28/20 Dubai Open Tennis Pick, Odds, and Predictions
Next Pick
Who has the most French Open ATP Titles in History?