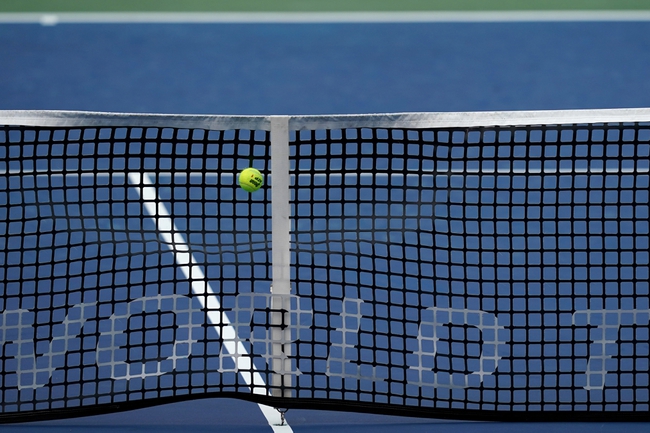 Dustin Brown has split his last six matches and is coming off a straight sets loss to Yannick Hanfmann that was decided in 10 games. Brown has lost his last four sets and needs to figure out his serve if he’s going to get back on track. Brown was broken three times in his last match and lost each of the last five games. Brown is a better player than what he’s shown recently and I expect him to put together a better effort this time around.

Jan Choinski has won each of his last five games and is coming off a straight sets victory over Johannes Haerteis. Choinski has won 10 of his last 11 sets and he’s serving with extreme confidence at the moment. Choinski is a 23-year-old German with very little experience on the big stage or against quality competition, so seeing him thrive in this event is promising and could do wonders for his career moving forward. This recent success is presuming for the young Choinski and it will be interesting to see if it continues.

These two played three times and Brown won two of those matches, including a meeting a couple days ago when Brown won a straight sets match. The last match was decided in 11 games. Choinski beat Brown in a 2018 challenger match in straight sets.

Choinski and the cheaper price is intriguing given that he’s the player in better form and is riding a nice wave of momentum. However, Brown is the better player overall and it’s hard to ignore the meeting when these two played just a few days ago. Brown won the match in straight sets and held serve every time. Brown has the experience and is better than what he’s shown recently, so I expect him to figure things out with a day off. It's usually only a matter of time before a solid player snaps out of his funk.

Give me Brown for the cheap price, and I wouldn’t be surprised if its another straight sets victory.

The pick in this article is the opinion of the writer, not a Sports Chat Place site consensus.
Previous Pick
Iryna Shymanovich vs. Ekaterina Tuliakova - 4/26/20 Exhibition Tennis Pick, Odds, and Prediction
Next Pick
Which Men's Tennis Players has the Most Grand Slam Titles?