Which Men's Tennis Players has the Most Grand Slam Titles? 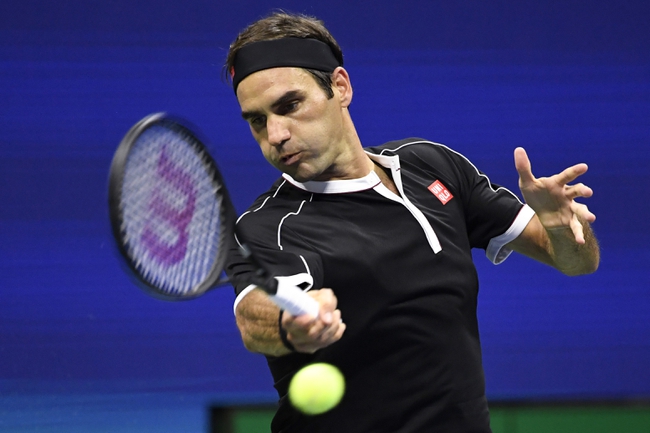 Winning a Grand Slam title is the ultimate achievement in tennis. Many players would be happy to just win one in their career and they would be considered to be extremely successful, however, some players are levels above the rest. Here are the male tennis players with the most Grand Slam titles in history.

Roger Federer has been on top of his game for the last 22 years. The Swiss Maestro has won everything you can win in the sport and he has cemented himself as the best of all time. Federer won his first Grand Slam title in 2003 and has not looked back since, winning 20 overall. Federer was so close to achieving his 21st Grand Slam title at the 2019 Wimbledon where he had 2 championship points. Federer may not win any more Grand Slam titles but he has been absolutely incredible over the last two decades.

Rafael Nadal is known as the toughest competitor in the sport, and because of his incredible toughness, he is the most likely to surpass Federer and end up as the player with the most Grand Slam titles in history. Nadal has won an astonishing 12 Roland Garros titles and he has been unstoppable in Paris. Nadal is going to win more Grand Slams and he might be eventually considered the best of all-time.

Novak Djokovic is getting closer to Nadal and Federer on this list, having won 17 Grand Slam titles throughout his career. Djokovic has been extremely consistent in all the Grand Slams, except for Roland Garros. Djokovic will surely increase his tally and will be fighting with Nadal for the all-time top spot.

Roy Emerson is one of the best Australian players of all time. The Aussie won an astonishing 12 Grand Slam titles in his career in a 6-year span. Emerson will be remembered as one of the founding fathers of the Men's singles game. Emerson is an idol for all Australian tennis players.