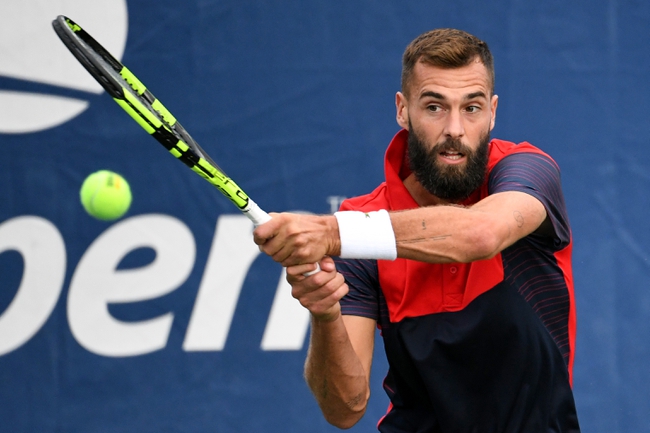 One of the most exciting matchups comes to the Ultimate Tennis Showdown as Benoit Paire meets Dustin Brown in the battle of the tricksters. Both these players play incredible tennis and can pull off any shot in the game. Who of these two will come out on top in what is going to be an absolutely incredible matchup?

Benoit Paire had an average 2019 season according to his standards. The Frenchman played some incredible tennis but when push came to shove he was not able to beat the best players to go to the later stages of tournaments. Paire has an incredible arsenal and is able to beat anyone on his day, however, he lacks motivation sometimes and determination.

Dustin Brown has not been on top of his game in the last few years, but do not count the German out. Brown has beaten the best in the game in the past and he knows how to win points with incredible agility and athleticism. Brown will put on a show in any match he plays in and he will always be a threat if not taken seriously.

These two players have met twice before and have split the H2H 1-1. Brown won their first encounter in 2012 and Paire won their second due to a Brown retirement in 2017. Both players are incredibly good and agile, however, only one can win. When looking at their level of playing in recent years, it is hard to argue against Paire winning. Paire has been in better form for the last few years and Brown is not as good as he used to be. Give me Paire.